Nadah El Shazly is a composer and singer from Cairo. She combines tradition and experimentation for an explosive and incomparable rendering. A great sensibility in her work that carries us through the roots of time to the modern complexity of music, mixing electronic sounds and jazz. Her first album was released in November 2017 via Nawa Recording.

After having caught the attention of Soundcloud listeners with a serie of remixes, young American producer umru continues his ascent to the top by playing more and more stages in New York and Los Angeles. Large underground bass and experimental sound design are the main recipe for his music.

Abdul Month Pervez, aka Block-2, comes from Pakistan and created his project 2 years ago. Member of the collective and label forever youth music founded in 2012 which brought together the elite of current Indian electronic music. Abdul collaborates with those who will become the new emerging scene of the genre. Heavy bass, some glitchs and acid sounds to make some quality tracks.

Young Matt Zotti from Nashville (Tennessee) is also one of the young talents in front of the electronic stage on the soundcloud network. Creativity, nuances and textures. Pure crystal.

Jamal Monsanto aka Scienze originally comes from Brooklyn where he started with his brother from the age of nine to make beats on a Casio Keyboard. Since then, passion has never stopped. Several mixtapes, feats by dozens and an album in 2016. Big influence from the producer J. Dilla. He has even done a tribute mixtape for him. Bon appétit!

Originally from Baltimore, Josiah Wise reflects a tortured soul that speaks of hate, violence, death through music with a sacred allure. A dark atmosphere and hard texts overlooked by intense visuals. There are rituals that make serpentwithfeet‘s music a separate genre. We feel the influence of gospel and soul that forging his voice. Wiseman.

Another talent from Brooklyn. Max Coburn, better known as Maxo, unveils tracks worthy of the greatest vintage video games. Acid and glitch for an explosive rendering. It’s a pretty special style, but it’s definitely interesting. Some nostalgia and deep down we’re all big kids. Level up Max! 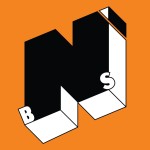