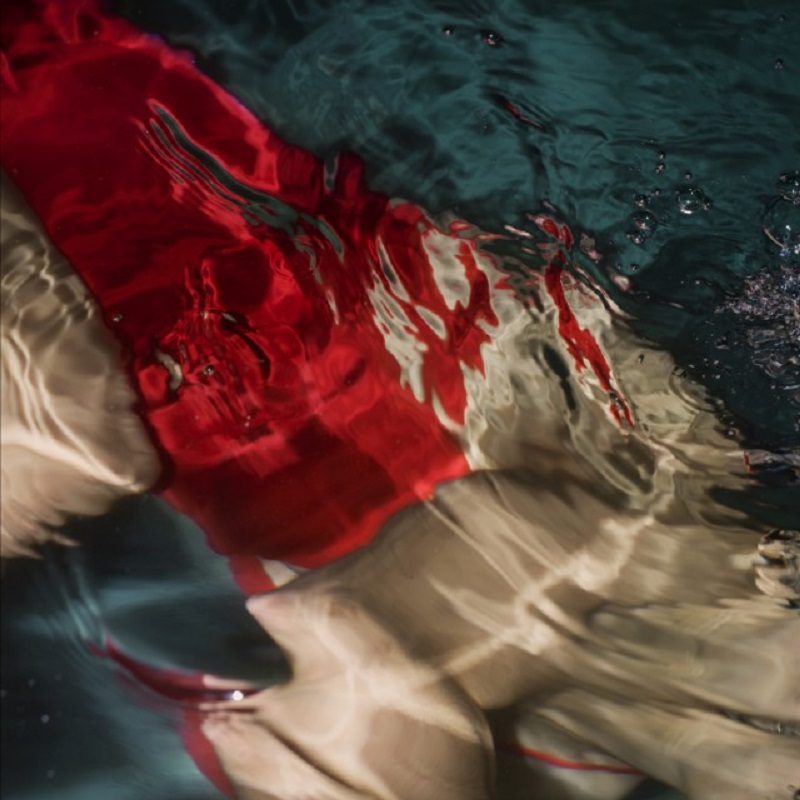 “Orbits” is taken from Claire George‘s “Bodies Of Water” EP, due out November 16 on Cascine.

Los Angeles singer-songwriter and producer Claire George, who was known to be a member of HEARTWATCH, is about to release her debut solo EP on Cascine. She has shared the second single “Orbits”, as well as a video that she co-directed with Chelsi Johnston. The follow up to the song “Where Do You Go?” is a haunting and hypnotizing offering loaded with trippy reversed backing vocals. According to the press release, it references Carl Sagan’s infamous golden records of the star-bound Voyager probes, also speaks to the other miracles of creation — youth, love, and humanity. About the accompanying visuals, the artist stated:

I wanted the video to explore the idea of an impossible encounter. The characters are in different realities: one in which time moves backwards, and one in which time behaves normally. The two people are searching for each other, and in doing so, miss the window in which they could potentially find one another.