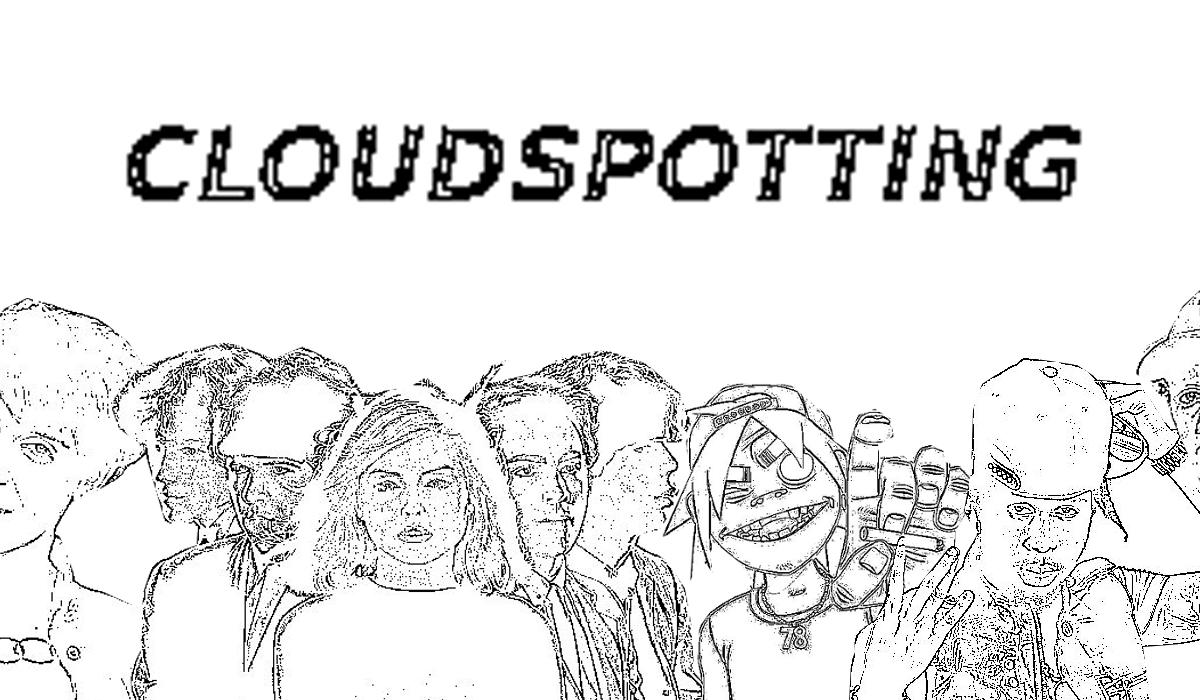 The members of the Highclouds team have a meeting and talk about some of the biggest releases of the week. Since everyone is tired, the discussion has absolutely no filter.

Matias Calderon: Oh god! She is finally back and we missed her! And this new track is a taste of heaven. Seriously.

Artur Correia: I love “Metals”, therefore, I was super happy to hear she was back. “Pleasure” is way above my expectations. Great song and great comeback. How I missed you, Leslie.

Deborah Harry’s iconic band Blondie unveiled a new single “Long Time” which will be featured on the upcoming LP “Pollinator”. It was co-written with Blood Orange’s Dev Hynes.

Matias Calderon: Blondie + Blood Orange= powerhouse team! I think I was expecting more than a remake of “Heart of Glass” but this is still pretty good!

After endless series, Damon Albarn’s virtual band Gorillaz finally announced a new album “Humanz” that is particularly impressive for its guest list. They also unveiled 4 tracks straight away, including this Popcaan-assisted track, “Saturn Barz”, that goes with a 360-degrees video.

Jon Vilardi: When Gorillaz first made their mark on the world, I was still too young to appreciate the massive amount of creative genius and effort that went into this extensive Damon Albarn brainchild – short of enjoying the catchiness of “Feel Good Inc”. This time around though, I’m beyond excited to be witness to a wave of audiovisual art from Gorillaz, and “Saturn Barz” is an intriguing way to kick off the hype.

Matias Calderon: I’m a Gorillaz hater, I have to admit, even if I have so much love for Damon (I was even in love with him when I was 15 thanks to Blur) and sadly, this won’t change my mind. I got bored with the track as it doesn’t take me anywhere.

After having deleted all his instagram and posted a hint to new music, Kendrick Lamar posted a new track “The Heart Part 4” where he claims to be the greatest rapper alive and attacks Trump. It is a new track for his “Heart” series that he started back in 2010. He also announced an album for early April at the end of the track.

Jon Vilardi: Normally, I’m the lame-ass to argue that the royal status bestowed upon Kendrick and “To Pimp a Butterfly” is largely a sham due mostly to hype and name recognition. However, this iteration of the “Heart” series of loosies has reinvigorated the excitement I felt about Kendrick back in the “Good Kid M.A.A.D. City” days, as he leaves his late-to-the-party appropriation of jazz rap in the past in lieu of some all around dynamic – and once again original – hip-hop.

Sree Kariyadan: I know how it can sound, but I really am a sucker for Kendrick Lamar. I have “m.A.A.d” (hehehe, get it) respect for him and his sharp tongue and flow, championing a voice for Black Americans who are put down systemically by society and have to survive in the streets. He takes shots at several people in this several in this track (Big Sean, Drake, and the orange cheeto who runs the free world), and let you know he’s the GOAT.

My favorite track of the week
:

Arnaud Marty: There’s no word for me to describe the effect of Perfume Genius solar new track “Slip Away” on me.

Matias Calderon: I’m truly in love with newcomer Semi-Attractive Boy. He might be my new Damon Albarn. Really.

Artur Correia: Clearly “Saunter”. I am in love with ARCA. I am obsessed, actually. I have no words to describe how “Saunter” makes me feel. It is beyond words.