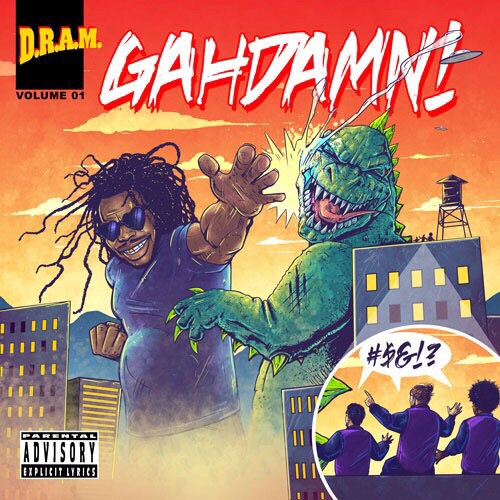 In the track, D.R.A.M. sings and raps about the seduction of a girl in a club. This one seems not to accept his advances and gives “yellow” and “red” signals to make him understand. The track is particularly interesting for its different parts and rhythms: it starts as an RNB slow jam and finally turns into something you can definitely dance on! The song gets also catchy thanks to the “Throw It Around” falsetto echoes.

You’ve been throwing signals, sometimes the color red
You ain’t fucking with the boy, I don’t know what I said
But is all good, I’mma treat you with despise
And instead of being with you, I’mma be with your home girl and the white and her pussy tight
[soundcloud url=”https://api.soundcloud.com/tracks/229716050″ params=”auto_play=false&hide_related=false&show_comments=true&show_user=true&show_reposts=false&visual=true” width=”100%” height=”450″ iframe=”true” /]

Earlier this year, D.R.A.M. accused Drake on Twitter of jacking his track “Cha Cha” to create his track “Hotline Bling“. You can hear the track below and the answer of Erykah Badu who is a friend of Drizzy.

“Signals (Throw It Around)” is taken from the “Gadhamn!” EP, out now via Atlantic Records. Get your copy here.