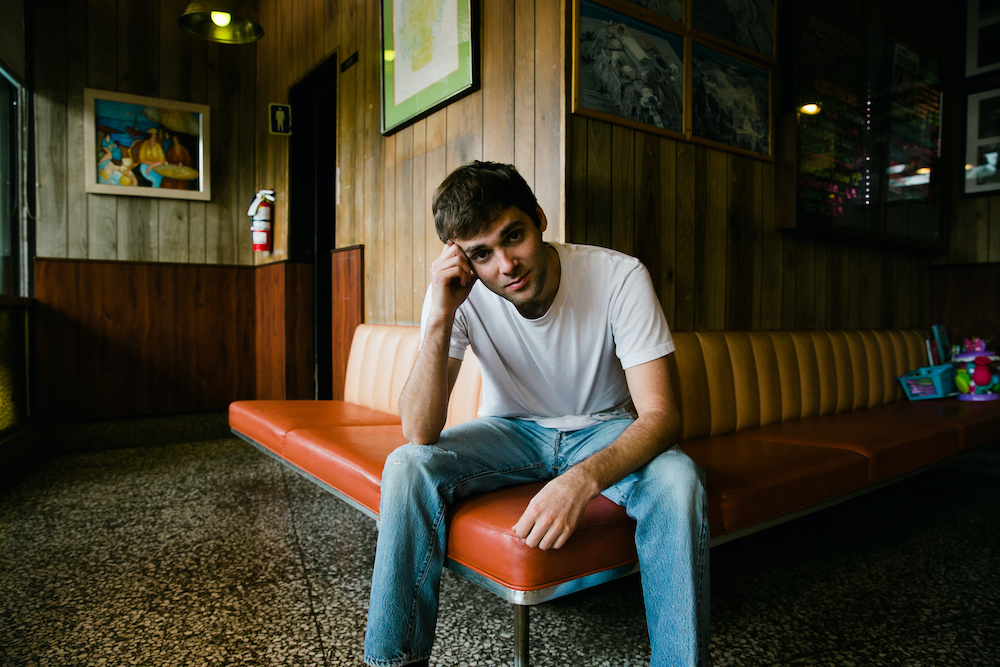 Following his critically acclaimed debut album The Days We Had released back in 2017, Jackson Phillips, also known as Day Wave, has dropped his latest offering in the form of twinkling single “Starting Again”.

The track toes the line between unfaltering optimism and wistful nostalgia for what’s passed. There’s a sense of looking forward laid out from the get-go, with Phillips opening the track by singing “Here I go looking ahead/I’m starting again”. Yet it also acknowledges what’s passed, ruminating on the differences in the way that he used to feel as opposed to the current moment.

Musically, the idea of getting back on the wheel and starting over is amplified by the foundation of arpeggiated guitars upon which “Starting Again” is built. A lush set of synthesisers sparkle atop the foundation, creating a hopeful air and elevating the track into a realm of true joy and conviction.

The slightly muted effect of Phillips voice aids in giving the track this sweet optimism. It’s almost sung in a dream-like state, yet remains inherently earthy and grounded by the subject. Of the inspiration for the track, Phillips says: “I wrote “Starting Again” in a time when I needed to get out of a creative and emotional rut. It’s about ridding yourself of people who convince you that you’re not good enough. Sometimes that person can be yourself, and it can be a struggle to start over with a new outlook. But I still try.”