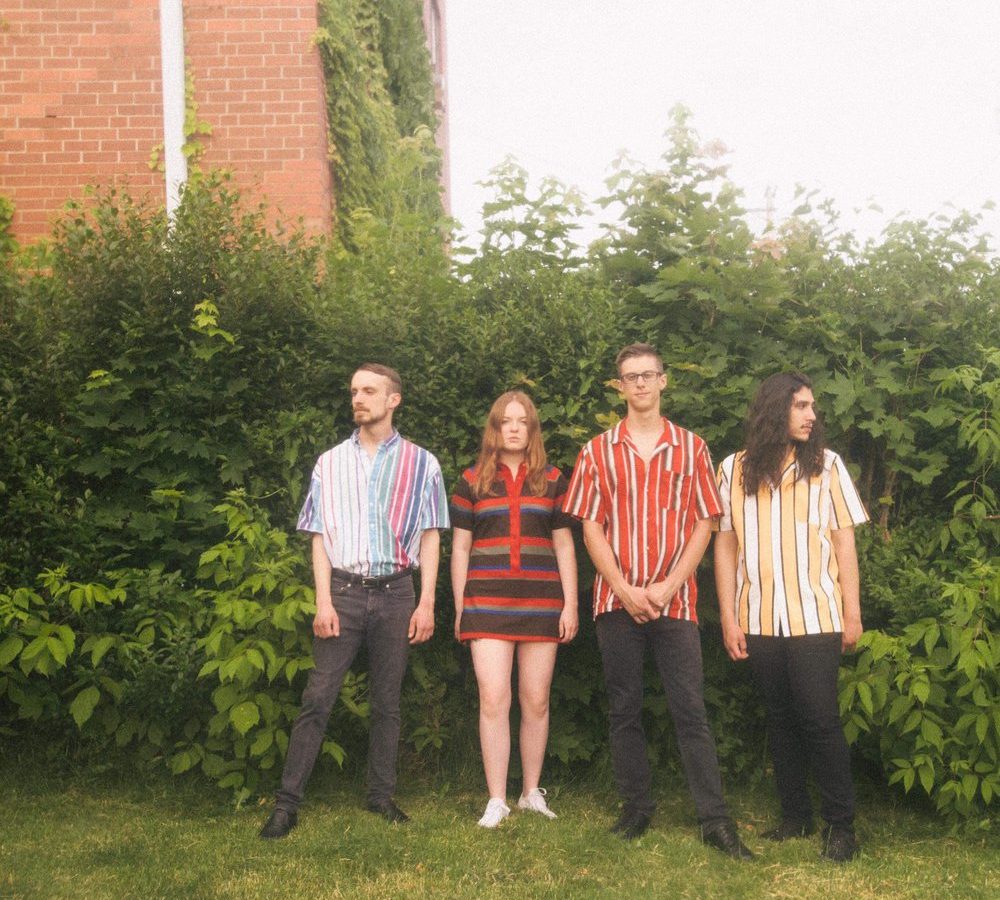 After meeting at a show where their former projects were playing, Drauve was forged out of the close relationships that Stephen, Evan, Nick and Victoria formed with each other. Their debut single, “Haunted,” was penned by lead singer Victoria from her own experiences struggling with OCD and anxiety and the feeling she had of being “almost constantly haunted by her own thoughts.”

“Haunted” opens with Victoria’s echoey and dreamy vocals laid over a succinct collection of carefully yet languidly strummed guitars, awash on top of the punchy and restrained drums. As a track, it gains in momentum, picking up added depth along the way. It’s almost as if with each of Victoria’s croons of “Tell me why I’m haunted by a face that I’ve never met”, it blooms into a frenzied assertion of frustration.

The sparsely strummed guitars make way for intricately plucked strings until it builds to a muted cacophony, seeping itself across the track. This gives “Haunted” an effect of melting. The scuzzy but repressed guitar solo near the end oozes out into the last minute.

Drauve said that the construction and arrangement of the song mimic the “release of her (Victoria’s) frustration and pent up anxiety.” What begins as a near lamenting track of whimsy and softened melancholy leads into a near euphoric explosion of catharsis; a beautiful expression of each individual aspect of the track that retains the dream-like quality but with an edge of bitterness and anger. Listen below.