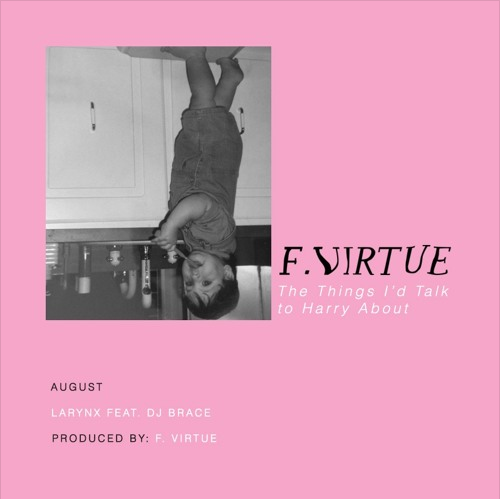 Yet another month has passed, which signifies the release of a new monthly song by New York-Based rapper F.Virtue. His last offering is a song called “Larynx” and was released in August. the track is available as a free download!

“Larynx” contains details and emphasis about his securities and his strong dedication and belief towards his music, as well as the power that his voice has in music. The track, which was premiered via Paper Magazine, was produced by F. Virtue himself and features cuts by DJ Brace. The artwork is signed by Oscar 1992.