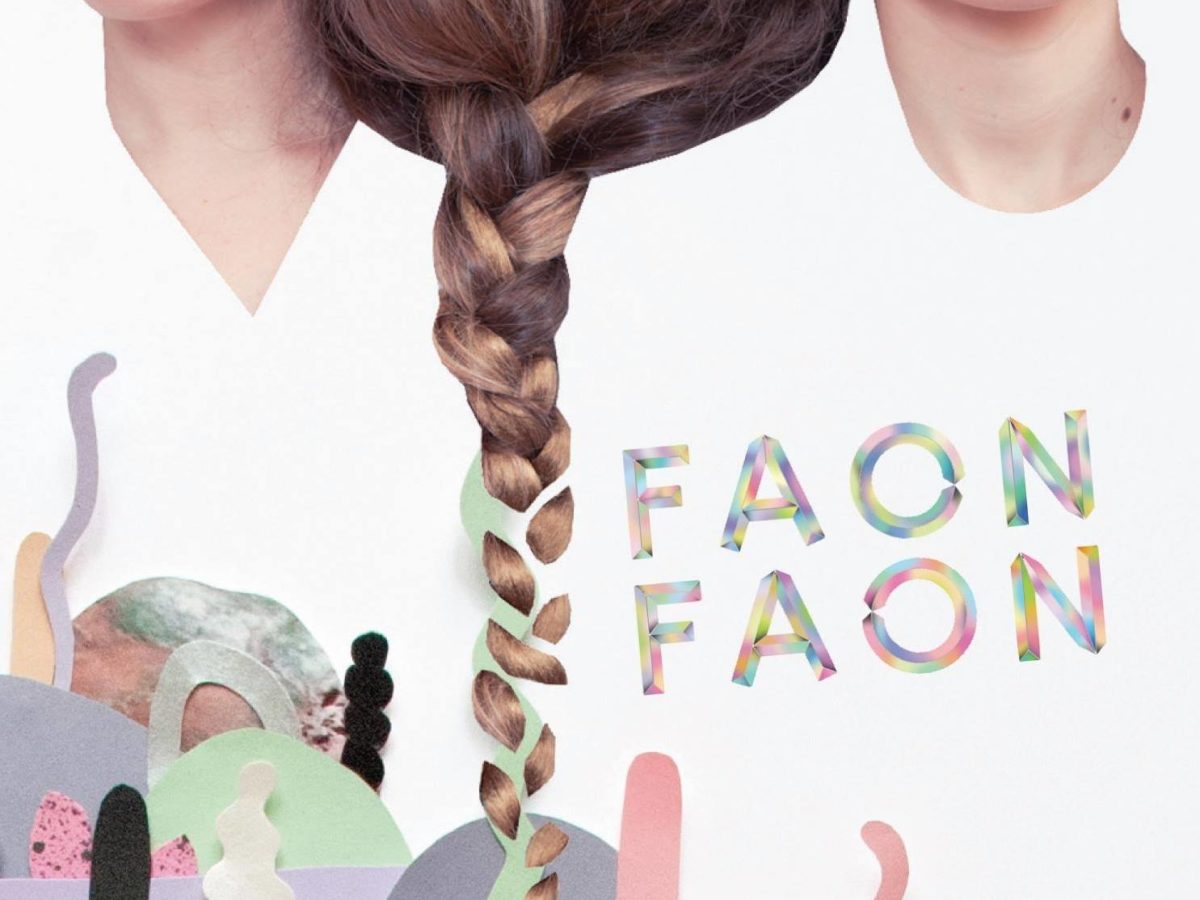 Brussels-based duo Faon Faon won the Belgian competition “Du F. dans le texte”, which is dedicated to French-speaking contemporary music acts, in 2015. Since then, they have been working on their eponymous debut EP which was finally released in early November.

The duo, comprised of Fanny Van Hammée (keyboard) and Olympia Boule (drums), debut a 6-track EP that can actually be divided into 2 parts. In fact, the last two tracks of this project were shared ahead of the EP’s release. This division makes it really easy to see how the band has matured and grown in their sound and musicality. You can applaud the progress and the maturity that they have gained, however, it also causes an unbalanced listening experience, because the oldest songs can’t compete with the newer ones.

Faon Faon‘s eponymous debut EP is a fresh and modern product that is totally relevant onto the pop music scene!

“FSLD (Faon Sous La Douche)” characterizes the spirit of their eclectic pop music but the execution doesn’t really work. The production is pretty weak, especially on the vocals processing, and the rap verse sounds oldish, reminiscent of something from forgettable 80s bands. The same remarks could be said about the synthy zouk-inspired track “Mariage”. Nonetheless, their mischievous lyrics, which attacks the institution of marriage with a light and funny touch, save the track. The duo catches us with spicy punchlines such as “Marriage is like latin, it’s beautiful but yet useless” and delivers a feminist pop anthem that disses this archaic institution.

Weaknesses apart, “Faon Faon EP” is a fresh and modern product that is totally relevant onto the pop music scene. On “Eskimo”, the band ironically sing about parallels between a first world problem and a luxury one. They compare the dental pain caused by an ice cube and the ecological threat that could endanger the whole Eskimo population. The opening track “Utopie” is a composition based on the fact that one can feel that the grass is always greener elsewhere, stirring our frustrated and superficial minds that always forget that happiness is nowhere else than here and now. The sweet and tangy style easily draws comparisons with Lio, a successful Belgian pop singer, and her famous lyricist Jacques Duvall, with a revamped and contemporary style and also, to some extent, to another twisted feminine duo: Let’s Eat Grandma.

With their eponymous debut EP, Faon Faon seduce with ease and, thanks to its catchiness, bring to our minds messages that are actually less childish than what they first sound like.

Despite some failures that are obviously due to their young age as a band, the duo rushes onto the tracks from the pop music circuit and their debut impulse gives them good chances of going further than the finish line!