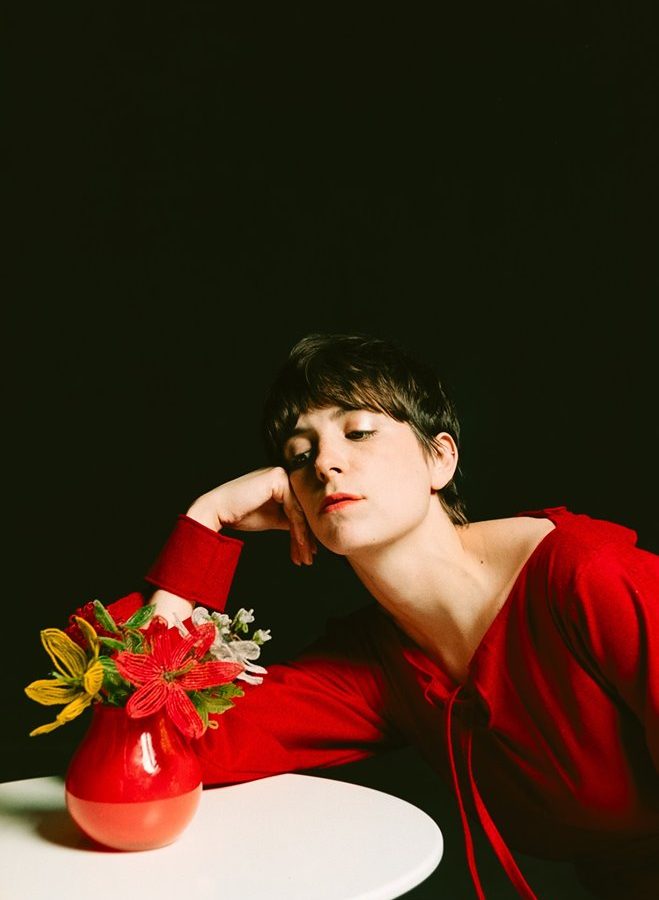 Maria Jacobson hasn’t always championed music as her calling. Her background lay mainly in acting, with theatre being her specific focus for much of her school life. Her work as the singer-songwriter at the helm of the band Fran displays her destiny of using music as an act of storytelling, reinventing a narrative.

With Fran’s latest single, “Company”, the four-piece band explore the idea of being able to return to a scene or moment in your life that caused you discomfort, flipping the events, and changing your reactions. Maria Jacobson describes the birth of the song as directly a result of an interaction with a drunk male at a bar. In her own words:

He proceeded to put his arm around me and at a certain point he told me “You should be more confident!” I was so embarrassed and angry, but it felt more like tears and less like “get the f**k off of me!”. I was too scared? Polite? It was troubling to me that in the face of infuriating and dangerous misogyny, I still found myself protecting this gross man’s feelings. But what if I could go back to that moment? What if I was in control?

This want to go back, to react to this situation with more vitriol is then reflected in the very fabric of the track. “Company” has a pendulous effect, a powerful back and forth motion to the stop and start melody that gives the track a building power. In this waxing and waning of the music, we hear the mixed emotions that Maria Jacobson has experienced, navigating between her actual actions and her more aggressive, imagined reaction.

It’s no mean feat to be able to keep traction and forward momentum, to maintain raw power and energy in a track with this much ebb and flow, yet Fran does this to great effect. Every pause in “Company” feels like Jacobson is stopping to collect a breath before unleashing her anger and fury with renewed venom and snarl. The song hinges on this controlled balance between noise and silence, often leaving the listener to bask in the anticipation that comes after a short and cathartic burst of ringing guitars. We’re left waiting for that next explosion of sound, waiting for Maria Jacobson to lead us onwards into the next wave.

“Company” concludes by a final assailing of the senses with cacophonous guitars accompanied by one last flourish from Jacobson’s vocals, carefully cut off to give the track a delightful inconclusivity that leaves the listener wanting more. Watch the Reilly Drew-directed video below.