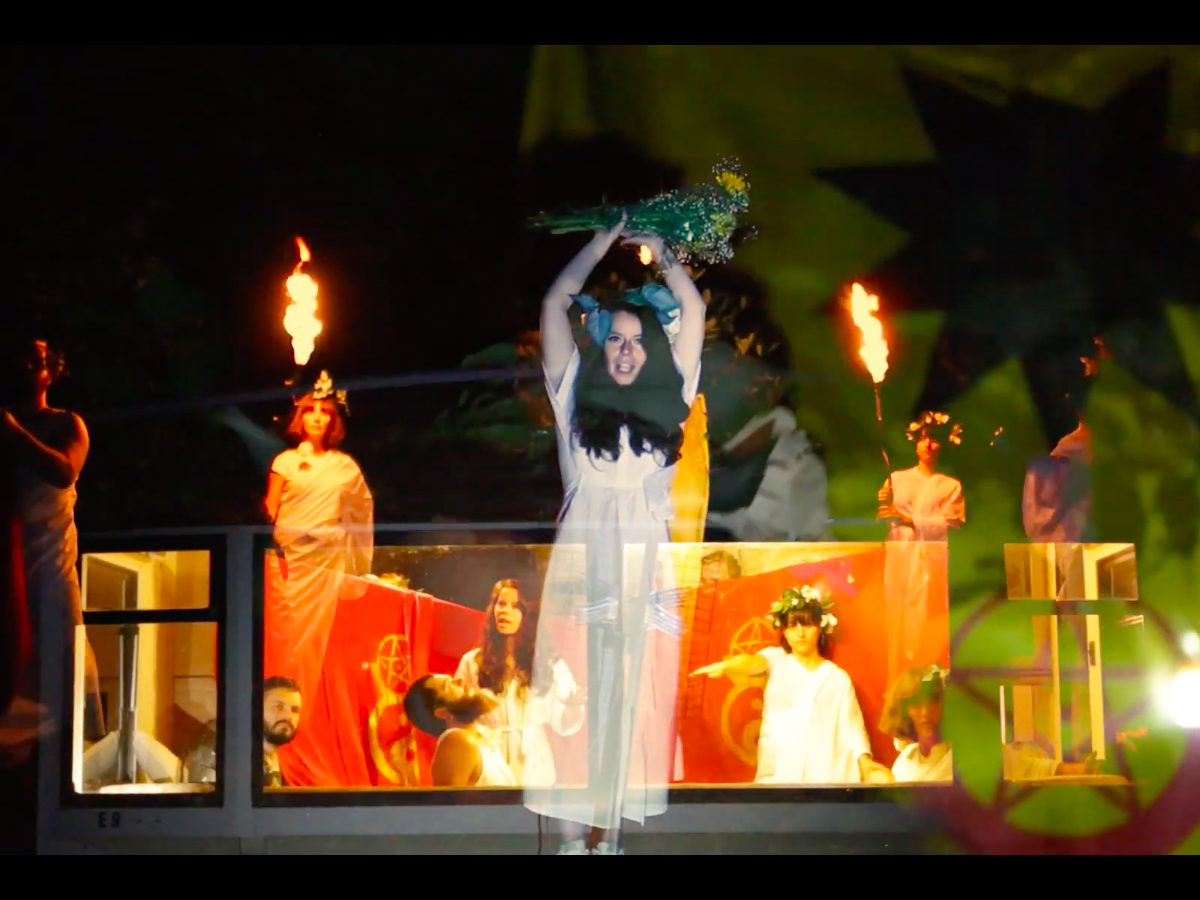 Formerly known as Happy Meals, Free Love is a Glasgow-based duo consisting of life-partners Suzanne Rodden and Lewis Cook. Last year, they delighted us with their album Luxury Hits, which was shared on their own imprint Full Ashram. Now back to Optimo Music, the pair have just announced a new mini-album, EXTREME DANCE ANTHEMS, and shared a video for the first single “Bones”.

About this new project, which is described as “a reconnection with the magic around them”, they explained:

We recorded Extreme Dance Anthems in our recently moved studio, ‘Full Ashram Celestial Garden’ which is now situated in a building that holds both a church below us and a sex club next door. Most of the tracks were formed from late-night sessions that we started to kind of ritualistically hold, inspired from a particular thought or idea that we later cut down and did a live mixdown of. The music is about physicality and the metaphysical — it is about a recontextualization of the ineffable as a center point of existence which in turn influences how we engage with everything around us.

Simultaneously acid and ethereal, “Bones” sounds more club-oriented and rave-y than some of their previous offerings. Like a pop cult ceremony, the accompanying visuals, which were directed by Henri Claudel, explore ritualism. Watch below.