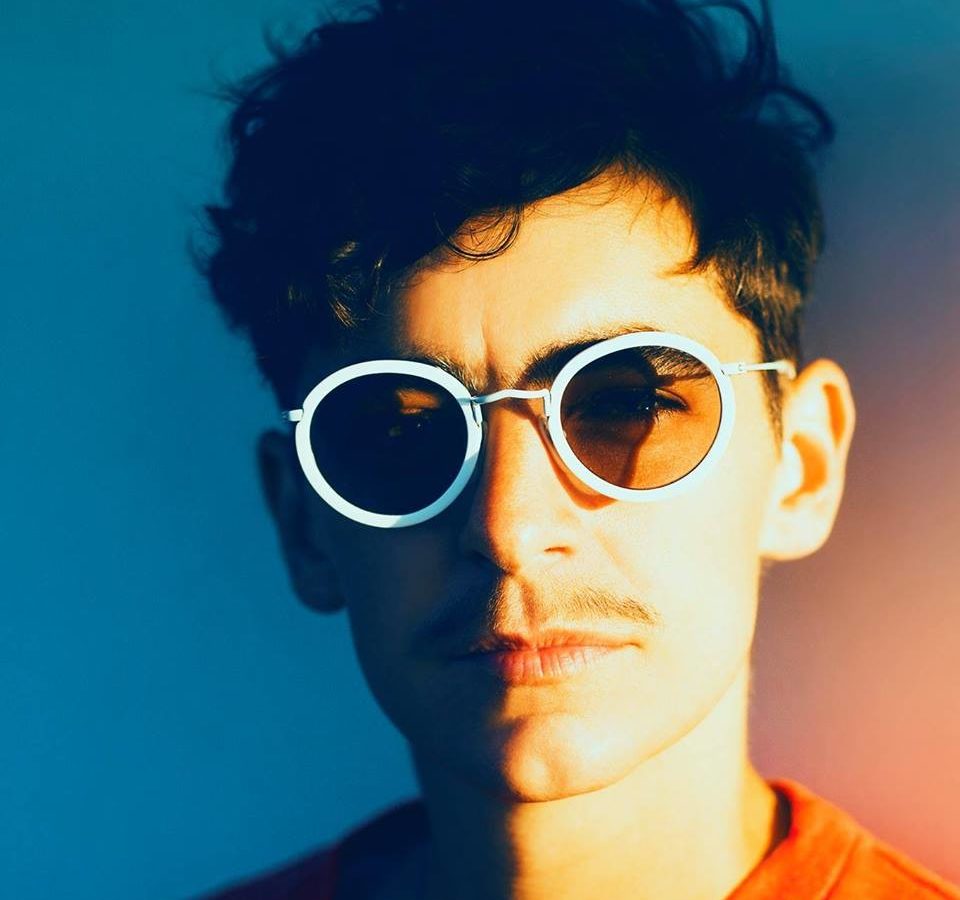 Today, JD Samson takes control of our deck and goes deep in for her contribution to our 100% female and genderqueer HighClouds‘ mix series. As she is an iconic genderqueer, feminist, and political activist artist, we were so happy to ask her a few questions about feminism, positive discrimination, tokenisation, and LGBTQI clubbing scene.

If you are a loyal reader of HighClouds, you know that we set up a mix series where we only feature female and genderqueer DJ and producer. There are so many talented people out there who don’t have the chance to get the attention they deserve because of their gender, appearance, or sexual orientation. Our guest today, JD Samson, has been an advocate for this cause for many years now.

JD Samson‘s career really started in 2000 when she joined Le Tigre. For some years, the electro-rock trio has released iconic tracks while spreading strong and necessary political and feminist messages. In 2007, JD Samson formed MEN with her fellow Le Tigre‘s member Johanna Fateman. MEN have also been addressing issues such as trans awareness, wartime economies, sexual compromise, and demanding liberties. In parallel to all those outlets, the artist has become an international and iconic DJ and we are so proud to welcome her today on our desk for a one-hour disco-deep house mix. As always, it’s available on SoundCloud, MixCloud and for free download. We also had a very interesting chat with JD Samson. Listen to the mix and read our interview below!

HighClouds: We created this mix series because we think that female artists deserve more space and attention in a male-dominated music industry. We always face varied reactions when asking women what it is to work in such a “macho club”, as Björk would say. Some producers, like Coucou Chloe, seem to be fed up with those gender-related questions while others, like Madame Gandhi, are definitely playing the positive discrimination card and embracing all the possible ways to take patriarchy down. Where do you stack up on this spectrum?

That is a great question. To be honest, I think I’m in a bit of a transitional moment with all of this. For so long, my practice was related to being overtly out. As a feminist, a genderqueer, and a political activist. I think that most of that was for the sake of visibility, but as things develop within the industry and beyond, I think I’m a bit sick of being tokenized. Put on a bill because I’m just those things, rather than put on a bill because I’m good, or because people like my DJ sound. At the same time, there needs to be more visibility within some communities including electronic music, and from my point of view there really needs to be some serious visibility to transmen and female masculinity within the electronic music scene.

Of course, we don’t feature artists just because of their gender but because we first love their music. Nevertheless, treating women of the industry with special attention could actually feed sexism in a way (a bit like having award categories separated by genders). How could we approach and address this issue with respect and progress?

I think of feminism as an umbrella concept, I think it involves including not only women but queers, POC and trans people to be involved equally or put on bills equally is the only way to go. it gives us all an opportunity to grow and build our profile, as well as be paid for once. 🙂

Rihanna recently declared that she was not casting trans models for her cosmetic campaign as she doesn’t want to use them as a token. How can we identify and define the line between representation and tokenisation?

I think Rihanna was saying she will hire a woman, trans or cis, depending on if they are right for the campaign, but she doesn’t want to hire transwomen just because they are trans. I think a lot of times tokenization is really just part of capitalism. it is a marketing tool to make your brand “look good” be “relevant” etc. When actually we need jobs and to be treated as equals.

You have been pretty outspoken about your own anxieties on being used as a token. Which advice can you give to other artists who are scared of being openly queer and making mistakes as a spokesperson?

I think sincerity goes a long way. It is incredibly important to maintain your integrity as a human and as an artist and those are the things to focus on. Wherever your heart, mind, body and soul can come together, is where you should be.

You play in a lot of queer hetero-friendly festivals. There is now an initiative in Sweden to create a festival where only women will be allowed. This event will be organized as an answer to sexual acts of violence towards women in some Swedish mainstream festivals. How do you feel about this and what do you have to say to men who feel excluded?

Welcome to what we have felt for the past few hundred years. These spaces can be super powerful and safe for women to experience. We have experienced a lot of trauma and this space is important for us to share and come together as a community. It isn’t against men, it is for women.

Besides being known for your career with Le Tigre and MEN, you’re also a famous DJ. About your clubbing experience, what kind of evolution have you seen in the LGBTQI clubbing scene and what is made to create a safer space for everyone?

The scene is so different everywhere, and for the most part, it differs based on the promoters. Cities have such variations of Queer parties. The biggest change is that there are so many options. I often arrive and wonder what kind of music I am expected to play because it varies so much. I do wish people were more open-minded in the queer community in terms of music genre. I wish the safe space would flow to the DJ booth so that we were trusted to take people on a journey.

Some of the songs of Le Tigre are still being used as queer/feminist anthems. While making music together, have you felt it was going to last this long?

Yes, to be honest. Those records were magic, the shows were revolutions. And it wasn’t me or Kathleen or jo that created that. It was our entire community of people that threw their energy in together to be political and joyful and smart and angry at the same time. We loved each other and supported each other and we didn’t have cell phones.

Knowing a bit more about our series now, who would you recommend us to feature?

Battyjack (editor’s note: BATTYJACK (aka D’hana Perry ) is a Brooklyn based DJ & video artist with the KUNQ production and artist collective.)

Lastly, can you write a few words about this HighClouds mix and artists or tracks that you decided to feature?

I went deep in on this one. I just went for things I was feeling with my eyes closed.

This Is The Way- Nebraska

On & On (Panna Mix)- Pastaboys

Got To Have You (Whiskey Barons Re-Edit)- Joanne Wilson