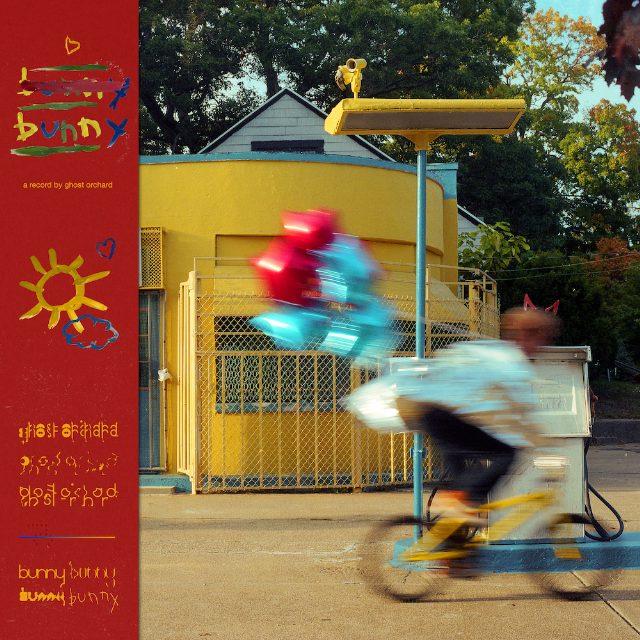 Continuing with their unofficial mission statement of uncovering DIY talents, Orchid Tapes recently signed Sam Hall aka Ghost Orchard, a 21-year-old Michigan-based artist who has just released a new single from his upcoming album Bunny. It’s a record that’s been forged together from over 300 recordings that Ghost Orchard made between the ages 18 up until the present. “Station” is one of the many tracks that were produced from this process.

Ghost Orchard said of the track that he “tried to capture the earliest urgencies of falling in love from the perspective of someone looking back at it.” This aim underlies the track in its entirety. Lyrics such as “Heaven feels like this” are simplistic and to the point, but it gives “Station” a deeply personal feeling, one that sounds almost like a diary entry. The repetition of the lyrics “Don’t you remember” also builds upon this idea of the personal, the private. It sounds almost like a conversation between two people in love, exchanging stories and memories that they shared, ruminating on their early connections and experiences as a couple.

Similarly, the narrative of the track, and the lines “We could save this, we could save this” in particular, brings to mind that feeling you get when you’re experiencing a golden moment with someone you love; a tender and pristine memory that you want to box up and remember forever.

The ticking beat on top of the delicate acoustic guitar gives “Station” an aura of time passing. Meticulously described in the song, the day is unfolding in real time. The narrator tries to chase it down and makes time stop for a while so he can live in this memory for a while longer.

Vocally, the layered harmonies, the gentle hums and repeated hazy refrains give “Station” a lush softness. Adding to the intimate quality of the track, the tinkling xylophonic chimes give it an airy quality, but one that feels grounded in this private relationship. Listen below.