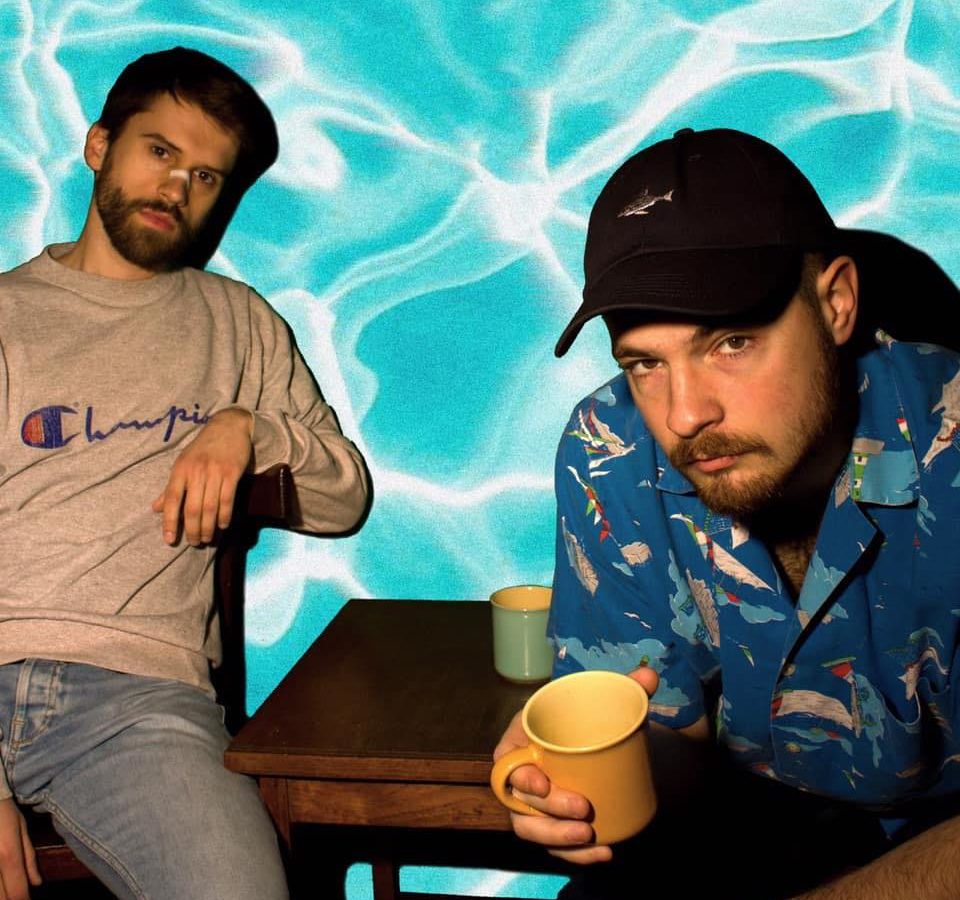 Following on from their EP Soft Bathrobe, indie duo Go Hawaii release “Powwow,” the off-kilter lead single of their debut album Dream Disclosure. Stepping away from their frenetic collection of heavy guitar-driven tracks, “Powwow” sees the band embrace a more laid back surf vibe. This comes complete with the lackadaisical nature that’s inherent to this specific brand of indie dream/surfer pop, which creates a more breezy sound. However, the track is inflected by warped and distorted vocals that reflect the duo’s aim of presenting “Powwow” as a “representation of a blissful moment surrounded by a mist of melancholy.”

The dichotomy of the register and tone of the vocals, the deep and resonating baritone juxtaposed with the sparklingly deft guitars, creates a luxuriously rich soundscape. It’s almost as if Ian Curtis of Joy Division decided to start making music with Mac Demarco or Swim Deep; the track retains that same raw power from the vocals yet an entirely new dynamic encroaches on the track when infused with the jangling and carefree guitars. These ideas sound opposing and, on paper, it would never coalesce neatly. However, Go Hawaii achieve their goal of evoking melancholy and bliss to charming and surprisingly cohesive effect.

“Powwow” is an oddly morose snapshot of Summer, one that brings to mind the feeling that occurs when you notice the turn in the weather, when the Summer nights start getting shorter. The track captures the sense of impending Autumn, when you realise that Summer is drawing fast to a close.