Jacques at Le Botanique: One of our best gigs of 2016 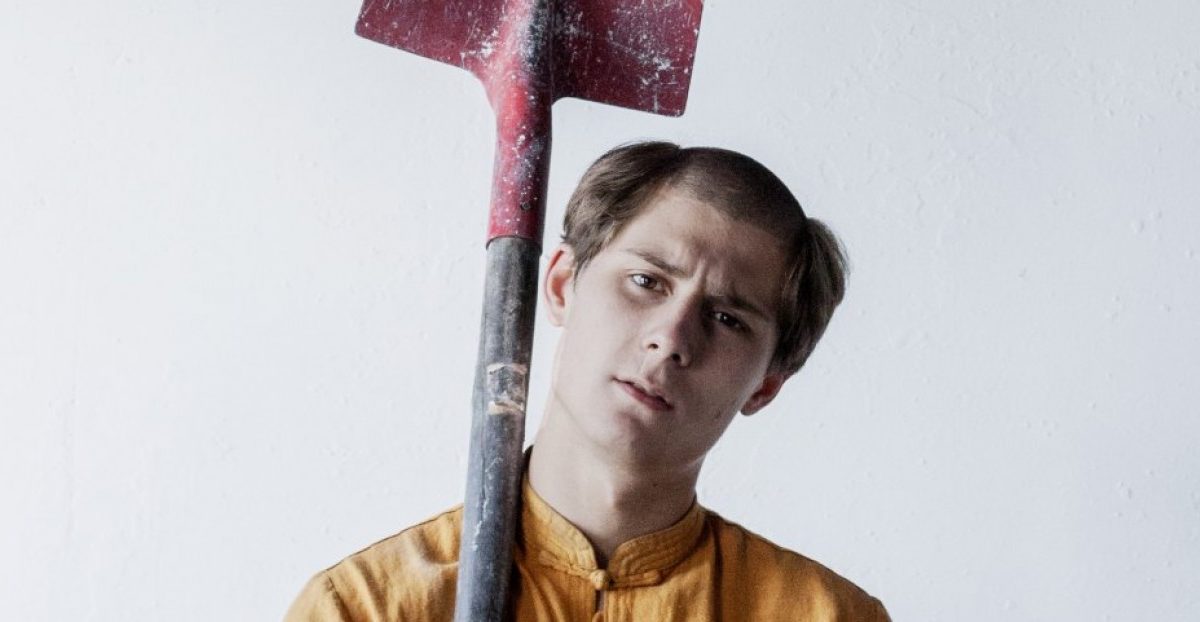 We all know a Jacques, the kind of guy who wants to live by doing things like no one else. The French artist, who is now based in Berlin, was probably a smart teenager and this is probably why he decided not to follow the common people’s path by deciding not to complete higher education. The gig he recently gave at the Botanique in Brussels is the perfect proof that what he has learnt was probably more efficient than any type of academic studies. As it was one of our best lives of 2016, it was obvious to feature it in our THUNDERCLAP: Best New Live section!

Before explaining how the live experience was, you need to detail a bit more about this atypic character. You don’t need a lot of research about Jacques Auberger to realize that this young guy is eccentric, in a good way. First, he decided to shave the center of his head because everybody was doing the opposite (trimming the sides). The result, as you can see, looks like a very early baldness. The idea was to face the glance of others and to eventually develop a stronger self-confidence. At 22, while you were reading books at the college’s library (It’s the official version. Everybody knows you were actually drunk in shady parties), Jacques was already giving TEDx Talks‘ conferences on what he learnt by living in some squats near Paris instead of going to school [Check his French talks here and there].

His approach, that one can judge as a failure, is actually well-thought and his different speeches demonstrate that he has lived his program at the school of life with a desire to learn in a different way. His most outlandish discoveries are probably the ones he made as part of his studies about the vortex. In a documentary available on YouTube, Jacques Auberger and Alexandre Gain document with scientific rigour their conclusions on experiments like painting a brush, cleaning up a vacuum, or hydrating some water.

Jacques, or most likely Jacque(s) (the plural -s of French, as if several “Jacque” were living inside himself), and some of his fellas, started an artistic collective named Pain Surprises. It’s through this organization, which is notably a music label, that the producer released his first beautifully noisist EP “Tout Est Magnifique” back in 2014. His transversal techno was a surprising success for the artist himself and it was a turning point in his career. It’s at that time that the artist decided to focus on his music career.

His latest track, “Dans La Radio” [In The Radio], was made in the studios of Radio France, with noises from the radio, and in order to be broadcasted on the radio… (Do you follow?). Here is the style of Jacques on stage: he records, samples, and turns into technoid loops, all the noises that you can produce with daily life items. Scissors, paper, boiler, and other handyman’s tool kits are part of his orchestra. In two shakes of a lamb’s tail, the producer and DJ turned some sounds of spoons, forks, and knives into a rave anthem that had nothing to envy of Daft Punk‘s “Rollin’ and Scratchin'”. Obviously, the crowd was very receptive to it! While the French robots were hidden, Jacques‘ funny face was projected on a screen thanks to a photo booth. The charisma of the artist and his impressive ease to manage synthesizers, samplers, guitars, and mixing desk at the same time were both amusing and shocking. Jacques, who is now actively touring to share his offbeat universe, is like a crazy and innovative troubadour of the modern times.

During a non-stop wild and unbridled set, the artist highlighted all the sub-genres of electronic music, including deep house, tribal house, techno, trance, and French touch. His improvisation was really impressive and also proved that you don’t need to follow the established path to make music! At the opposite of The Chainsmokers, who are just releasing canned and radio-formated tracks, the artist is adopting an original, organic, and authentic approach to bring back the public to the original roots of club music. Fuck being number one or on the cover of the magazines! The artist was not on stage to sound like all the artists that we hear on the radio!

The audience was invaded by a justified madness to the extent that my concert-hall neighbor, a young girl probably high on MDMA, was dancing while executing all the Kamasutra position at the same time. The transversal and diagonal techno of Jacques offered her an eargasmic miracle and while watching the people all around me, she was probably not the only one.

If you wonder what a Jacques‘ gig looks/sounds like, you should definetly watch the video below!