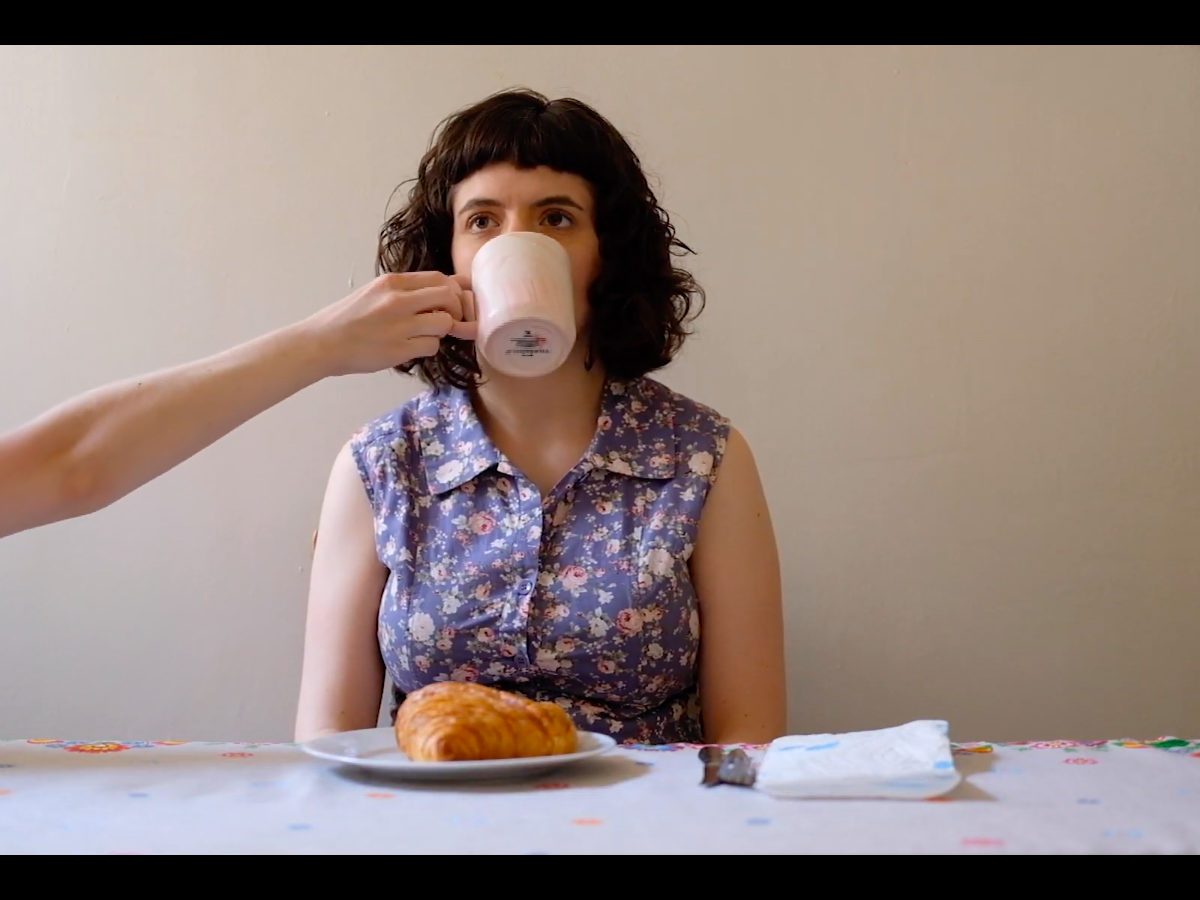 Brooklyn-based duo Jeanines release inventive video for their second single “Winter In The Dark”, taken from their self-titled debut album, out on Slumberland Records.

Following the success of their debut album, which was met with overarching positivity, Brooklyn indie-pop duo Jeanines – comprised of Jebediah Smith and Alicia Hyman – have released a music video to accompany their second single “Winter In The Dark”; a highlight from their debut album that is already featured in our Best Tracks of 2019 playlist.

The track showcases Jeanines razor-sharp brand of jingle indie pop. It bleeds with influences, yet gains originality in the lilt of Alicia Hyman’s voice. At times, “Winter In The Dark” evokes The Bangles in the muted vocals that sound almost a step away from clarity, as if heard through a shroud of fog. There’s also a parallel to be drawn to The Mamas & The Papas in the layering of the vocals, lending the track a 60’s feel despite Alicia’s voice being decidedly current.

The punchy guitars have all the gravitas of a The Smiths track, it’s sheer drive and go for a track that’s only a minute and a half. “Winter In The Dark” arrives with no holds barred, just high energy and intensity from the onset.

Musically, the track takes tried and tested musical practices and turns them into something new. It’s both nostalgic and current in sound; from the 80’s inflected guitars to the 60’s influence most prominent in the riff on “I Want To Hold Your Hand”, Jeanines are essentially upcycling music, reinventing a classic in their own style.

The stark video accompaniment shows a despondent and catatonic looking Alicia Hyman sitting at a table and being fed a croissant, a cup of coffee and having a book held up for her to read, yet her expression remains passive and unresponsive. The time-lapse effect further portrays the sense of longing and boredom that’s felt when waiting for a loved one to return to you. Watch and listen below.