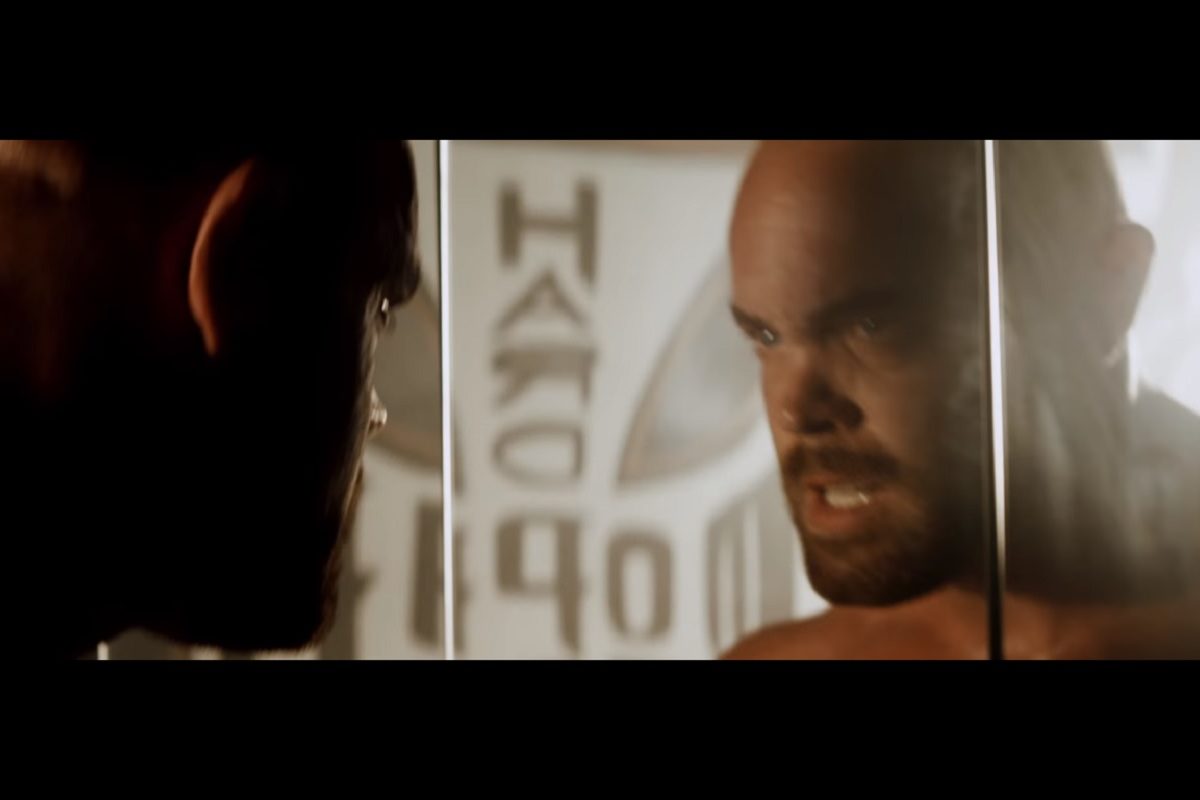 Kirin J Callinan is an interesting artist by many aspects. Last year, he ended up on our “top videos of the year” list with the deliberately kitsch visuals of “Big Enough,” where he was ironically representing the concept of masculinity by playing a cowboy with Alex Cameron. He has now gone further in this direction by covering “You Think You’re A Man,” a song originally performed in 1984 by famous and game changing drag queen Divine.

The track comes with an intense video directed by director Kim Gehrig. It explores the concept of masculinity which depends on traditional stereotypes of men as socially dominant and is considered as toxic for its strong interconnection with violence, misogyny and homophobia. About her work and this video, she detailed:

Having grown up in Sydney, but residing in London, I couldn’t help but notice the changing size of men on each of my visits back. Hanging at the beach I became aware of how pumped up Aussie men had become. I continued to observe a culture of young men who seemed to feel a kind of pressure to conform somehow. To be something quite specific.

As a woman, I felt it might be interesting to lend a female gaze to the subject matter and this film is the result of that. I was not interested however in placing judgement on anyone or blaming any one thing… I just wanted to try and understand how it feels to be a young boy growing up in a culture where there are such specific expectations on what it means to be a man.

Watch their striking collaboration below.