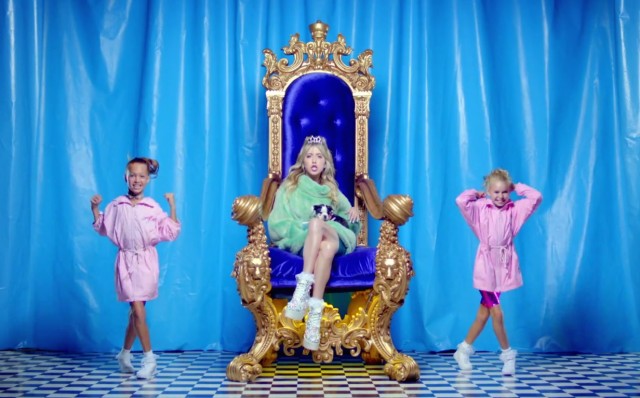 LIZ‘s new single, “When I Rule The World”, is out now on Columbia.

One year after the release of her debut track “Just Like You” via Diplo‘s Mad Decent Records, Elizabeth Abrams, better known as LIZ, is back with the pop hit we were craving for. Debuted in a commercial for the Samsung Galaxy S6 and played in Scream, an MTV TV show based on the famous series of scary movies, “When I Rule The World” is a bubblegum pop anthem which features forward-thinking and glittering production, courtesy of PC Music‘s rising collaborator Sophie. LIZ has been cutting her teeth in the industry for over a decade and this futuristic banger should enable her to access the status of pop star that she deserves. Watch the stunning Justin Francis-directed visuals below.