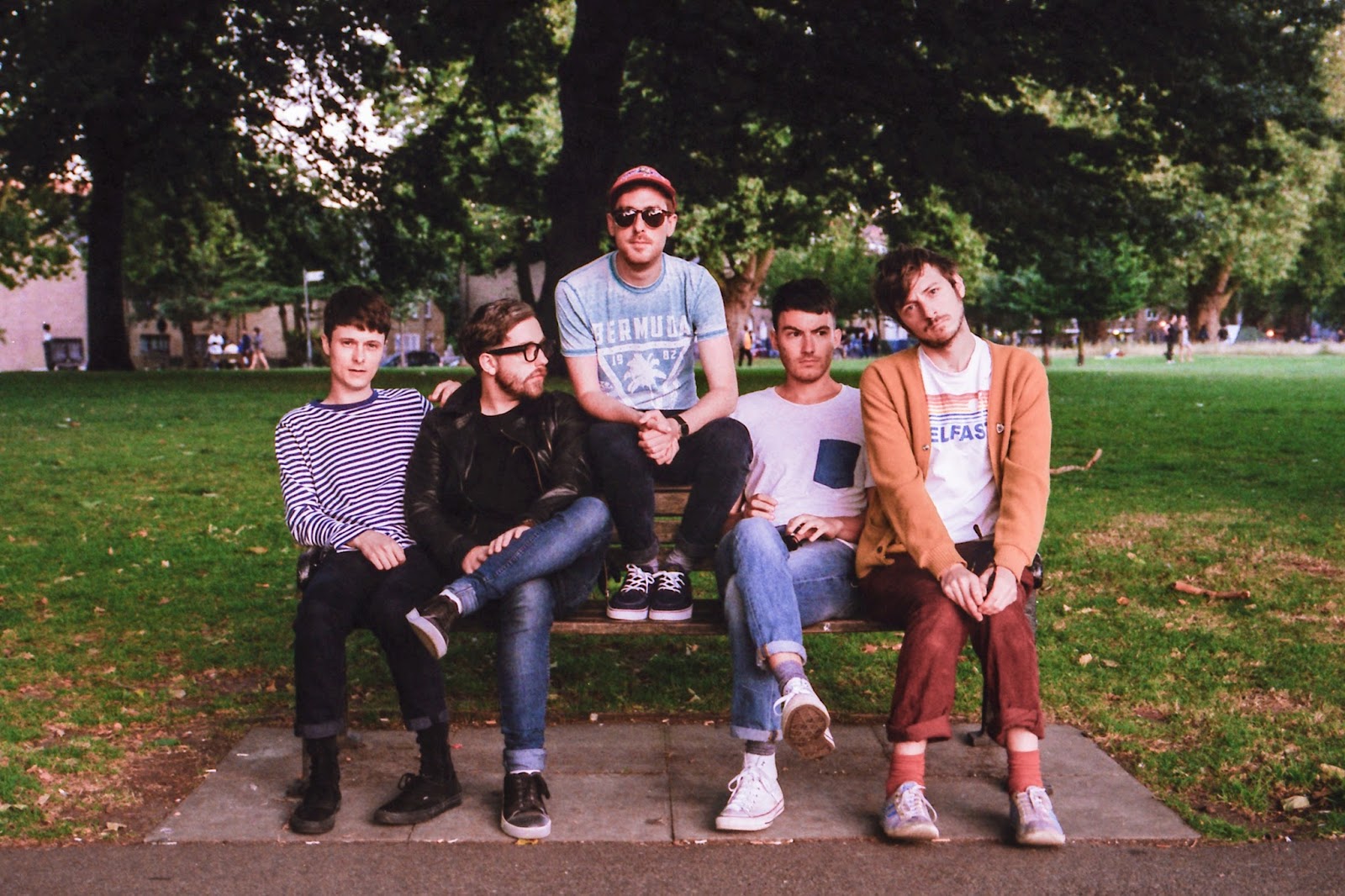 London dream-pop and shoegaze five piece Swimming Tapes finally released their debut “Souvenirs EP” via Hand In Hive. It features their three previously released singles, as well as a new one: “Cameos.”

Swimming Tapes are comprised of Northern Ireland singing guitarists Robbie Reid and Louis Price, guitarist Jason Hawthorne, bassist Paddy Conn and St. Albans drummer Andrew Evans. From the self-released demo “Souvenirs” to the release of this EP, it has been an unhindered rise and 2017 should be very good too. Indeed, they just played two ‘ones to watch’ shows for DIY and The Line Of Best Fit.

Following up to “Tides“, their new track “Cameos” remains in line with what the band have released so far. The vocal partnership of Reid and Price pans quite well with the nostalgia of the dreamy shoegaze of the instrumental. About the track, Robbie Reid explained:

“Cameos” is about being far away from a person you want to see more of, dragging yourself through the week while wishing you were somewhere else.
[soundcloud url=”https://api.soundcloud.com/tracks/304094122″ params=”color=ff5500&auto_play=false&hide_related=false&show_comments=true&show_user=true&show_reposts=false” width=”100%” height=”166″ iframe=”true” /]

The release of Swimming Tapes‘ “Souvenirs EP” also comes with the announcement of a debut headline show at London’s Waiting Room on April 13. You can get your tickets there.