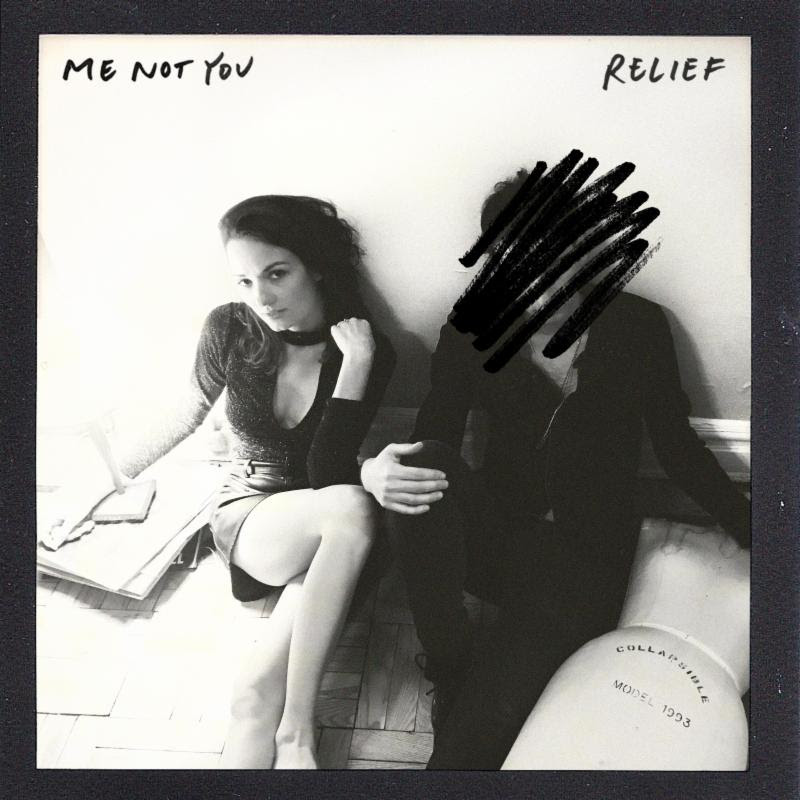 Formerly known as Little Daylight, Brooklyn’s alternative pop group Me Not You made a prominent entrance with the debut track “Bulletproof”. Today, the duo is releasing a Garbage-infused brand new single: “Relief”.

Me Not You released their debut track while preserving some mystery about them. Nevertheless, the recent changes that were made on their social media pages were enough to guess that Little Daylight were done and that the former trio was now a duo (Nikki Taylor + Eric Zeiler). You can be reassured about their music, though; the band kept the strength of their previous project as proved by the release of their debut “Bulletproof”, which received massive love from the blogosphere.

On “Relief”, Me Not You abandon the aerial sounds for a 90’s alt-rock sound that is reminiscent of bands such as Garbage and No Doubt. The track is energetic, liberatory, and peppered with some drops of confidence. As lead singer Nikki Taylor explains:

This song is about getting kicked out of Catholic high school. It was a really painful, yet freeing experience. In “Relief”, I wanted to try to capture that moment of anxiety-ridden catharsis.
[soundcloud url=”https://api.soundcloud.com/tracks/304161646″ params=”color=ff5500&auto_play=false&hide_related=false&show_comments=true&show_user=true&show_reposts=false” width=”100%” height=”166″ iframe=”true” /]

Tags:Eric Zeiler, Little Daylight, Me Not You, Nikki Taylor