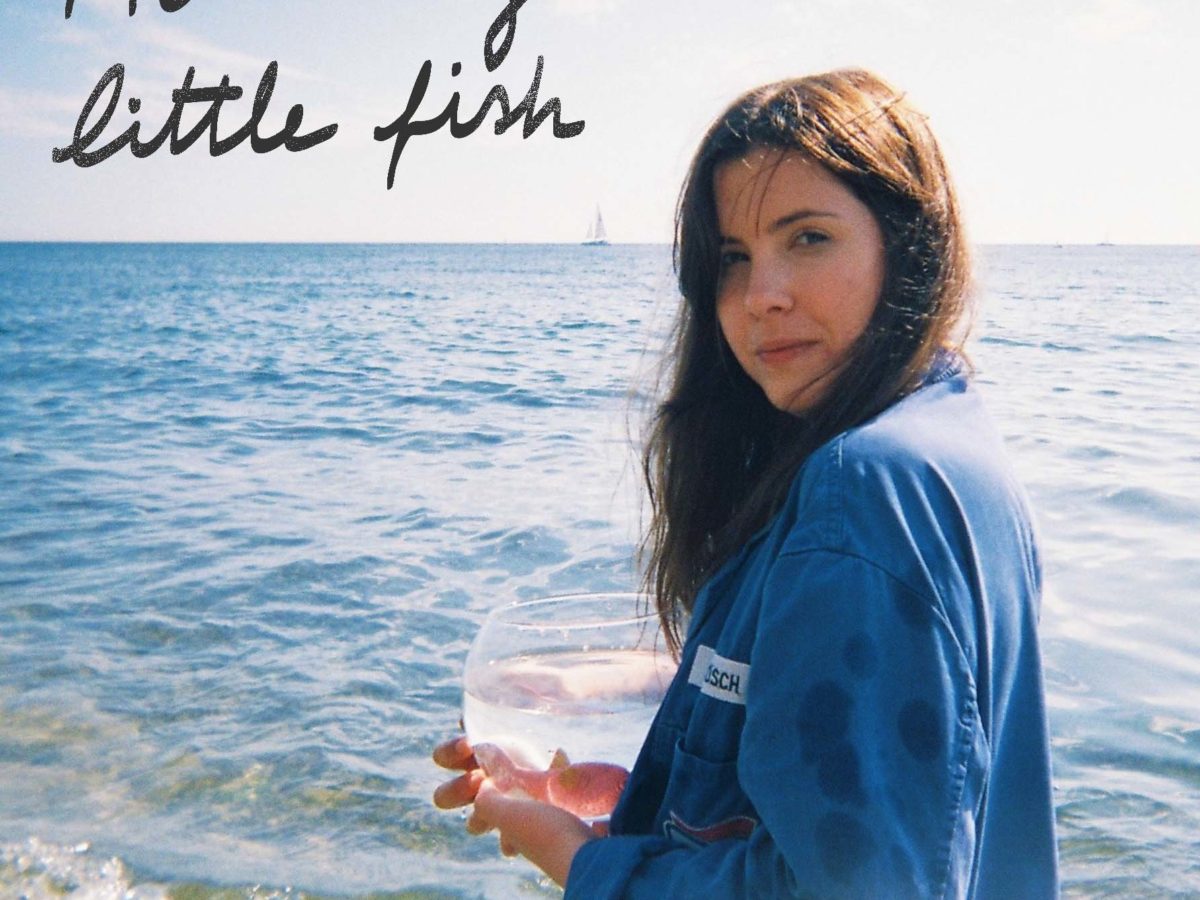 The newest track from MONDAY starts like a secret. “This track is called ‘little fish.’ Bye,” singer-songwriter Cat Falcão‘s whispers at the beginning of this debut. This instantaneous intimacy and familiarity is one of the most exciting hallmarks of the Portuguese artist’s new project.

“little fish” is a pop bop lush with dynamic guitars that nestle against Falcão‘s layered vocals. She sings in a low, rich voice against a backdrop of high-hitting harmonies, yielding a sound that’s grounded yet constantly in motion. This clash is heightened by the sweetly delivered yet undeniably ominous lyrics, which explore a love that is uncontrollable and confusing. She sings, “Little fish are swimming everywhere / I can’t control the tide / Feet on the ground / Won’t take a side / Why should I wonder what is mine?”

Those who are familiar with Falcão‘s reputation in the Portuguese folk scene may baulk at the new direction she swims in with “little fish.” The artist is perhaps best known for her involvement in the group Golden Slumbers, a family affair comprised of Cat and sister Margarida Falcão. Undoubtedly, the Falcãos have established themselves as a one-stop-shop for acoustic guitars, twangy lyrics, and Dixie Chicks-inspired harmonies. These quintessential country trappings are missing when Cat sings as a solo act on “little fish.” However, the most compelling aspects of Golden Slumbers remain at the forefront of MONDAY— namely, the eloquent lyrics, incredible vocals, and easy listenability that unite the two projects.

So what sets this track apart from all the other female-fronted, synth-ridden tracks that have come out this year? The magic of MONDAY is simple: Cat Falcão. Her ability to distil universally complex thoughts, feelings, and emotions into standalone, comprehensible, and relatable lyrics is a true gift. Her versatility spells exciting things for MONDAY‘s forthcoming Room For All EP.

Watch the accompanying André Tentugal-directed video of “little fish”, premiering exclusively on HighClouds, and buy the track via Bandcamp below.