NEWCOMER: Meet Dim Wit, your new pocket-grunge duo based out of Portland 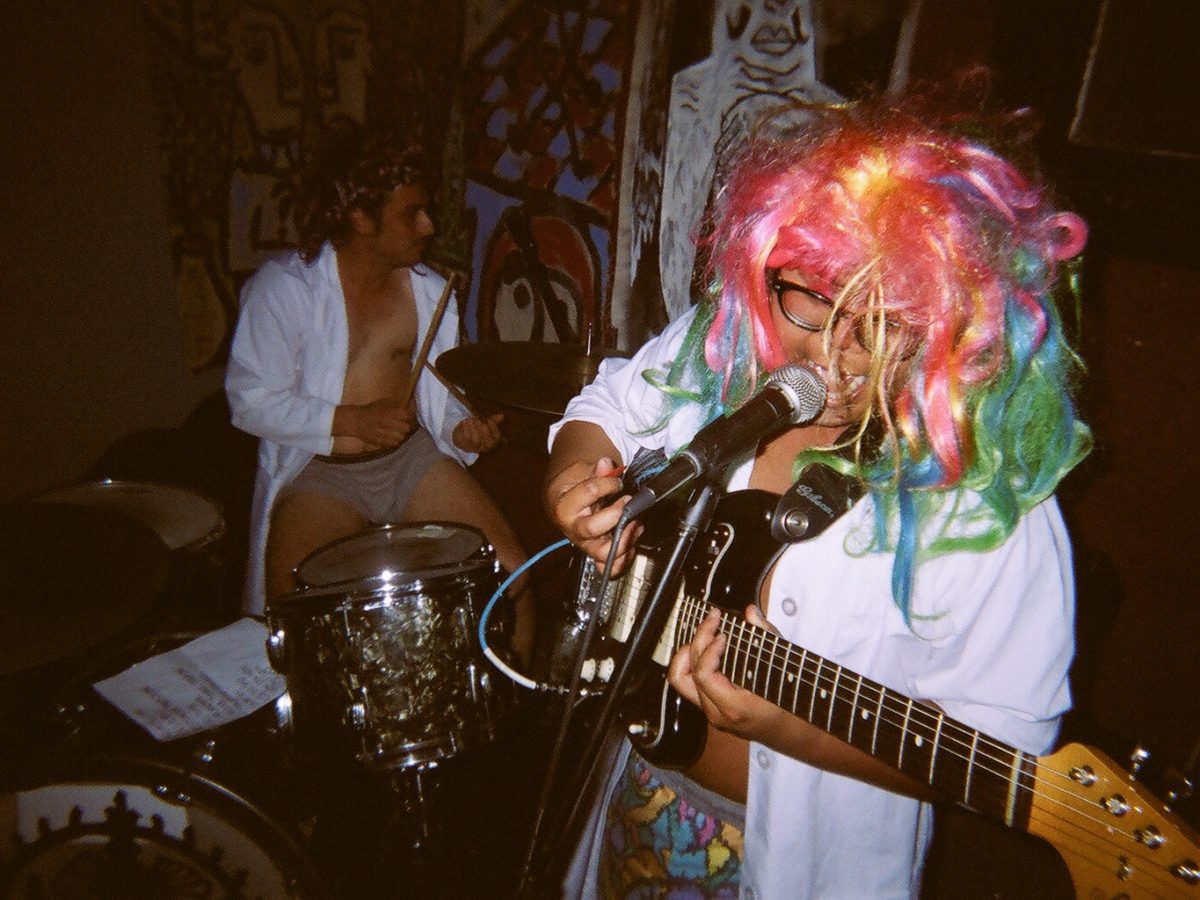 Every week, we scratch the internet to dig up and present you a music newcomer we truly believe in. Today, let’s meet Dim Wit, a “funky jazzy poppy punk” two-piece based out of Portland (Oregon).

The duo’s music is mainly inspired by the 90s and by acts such as Modest Mouse, Pavement, Talking Heads, or Nirvana, with a modest configuration. It sounds both lighthearted and dark; A kind of clean pocket-grunge. They don’t have the furious guitars, but the spirit is here!

On their first single “Wow Ow Now”, the screams and the drums remain cute and inoffensive. In fact, the band labeled this first single as “Comedy” on Soundcloud. But think again, the danger doesn’t come from any kind of anger or rage, but from the infectivity of the jam.

We had the opportunity to interview the two characters and the least we can say is that they have a bit of humor.

1) Can you introduce Dim Wit?

Dim Wit is Tyler Verigin (of Moon By You, Lola Buzzkill, Reptaliens, and probably a handful of other bands he’s secretly playing in) on drums and Jeff Tuyay on guitar and attempted vocals.

2) How would you describe your music and influences?

The most direct influences are probably 90’s jams. Both of the radio and indie rock/pop variety. But we listen to all sorts of stuff and it filters it’s way in one way or another.

3) The first track which is taken from your debut Lp “Self-Release” is “Wow Ow Now”. What is WOW for you NOW?

4) What can we expect from your debut album “Self-Release”?

Expect the expected with 11 (secretly 12) songs recorded with our good friend and sometimes live drummer Hadrian Kindt (of Fire Nuns and Prison Dress and probably a handful of other bands he’s secretly playing with).

5) Can you share something funny about the creation of the LP?

We recorded an LP. Hehehe! 😛

6) Lastly, does wearing wigs make you supporters of Hillary? Or maybe not, Trump does also wear wigs…

Hah, we support neither clown. Shoutout to my man Bernie!

“Simpler is better” could be the adage of Dim Wit and they deliver it straight to your face with “Wow Ow Now”!

Dim Wit‘s “Wow Ow Now” is featured on their debut LP “Self-Release“, which will be available on November 11.