Sarah P. opens up about mental illness with “Maenads” video 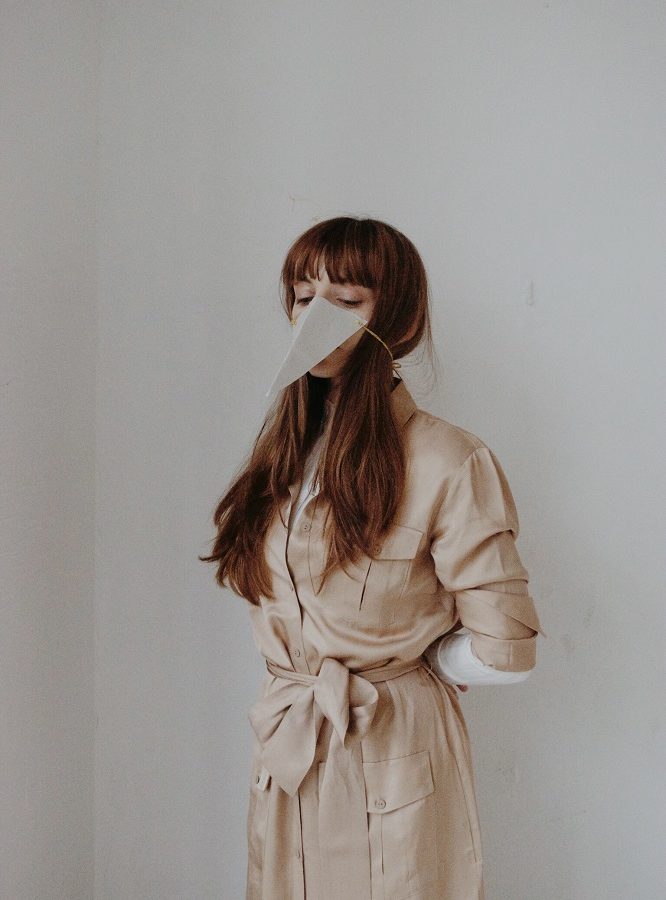 “Maenads” is the title track of Sarah P.‘s latest EP, out on EraseRestart.

Known for her former participation in Keep Shelly in Athens, Sarah P. is going solo and experimenting with pop music since 2014. Recently, the Berlin-based singer-songwriter and producer unveiled her new EP, Maenads, which explores the female power: its magic, strength, and imperfect perfection. The project also comes with a series of videos that celebrate her Greek heritage with a strong mythological symbolic.

Following up on the visuals of “Lotus Eaters” and “Mneme“, Sarah P. is sharing today the last installment of her clip trilogy, just a few days before International Women’s Day 2019. With “Maenads”, the artist takes some distance from her usual ethereal electronic pop, embracing instead a disco rock that sounds more nervous and instinctive. Conveying a feeling of power and freedom, the track was actually inspired by the ancient Greek female followers of god Dionysus, who were known for their superhuman strength, sticking together and fighting for their beliefs.

Directed by Colette Pomerleau, the accompanying visuals were shot in Berlin and deal with an issue that is near and dear to her heart: mental illness. About the video, Sarah P. detailed:

Maenads is a song about all those nights that are empty of feelings. I used to have plenty of those in my younger years. The visuals for the video are a fast-forward to my life in Berlin – rather secluded, away from distractions. “Reformed”, but far from perfect. This isolation-by-choice gave me time to process life events that had shaped me, as well as start healing from traumatic experiences of the past. In the video, the bird symbolises mental illness. My coming to terms with it, but also not letting it overtake my life – as it used to, in the past. For those who don’t know, I’ve been struggling with depression and anxiety for a long time.

The whole point of the video is to show that it’s possible to control one’s mental health, rather than living a life controlled by mental illness. Mental illness never truly goes away, but learning more about it can help understand what’s going on inside your body and mind and therefore, control it better.

Sarah P. is already readying the release of her sophomore album Plotting Revolutions for 2020. In the meantime, watch her brand new video “Maenads” below.