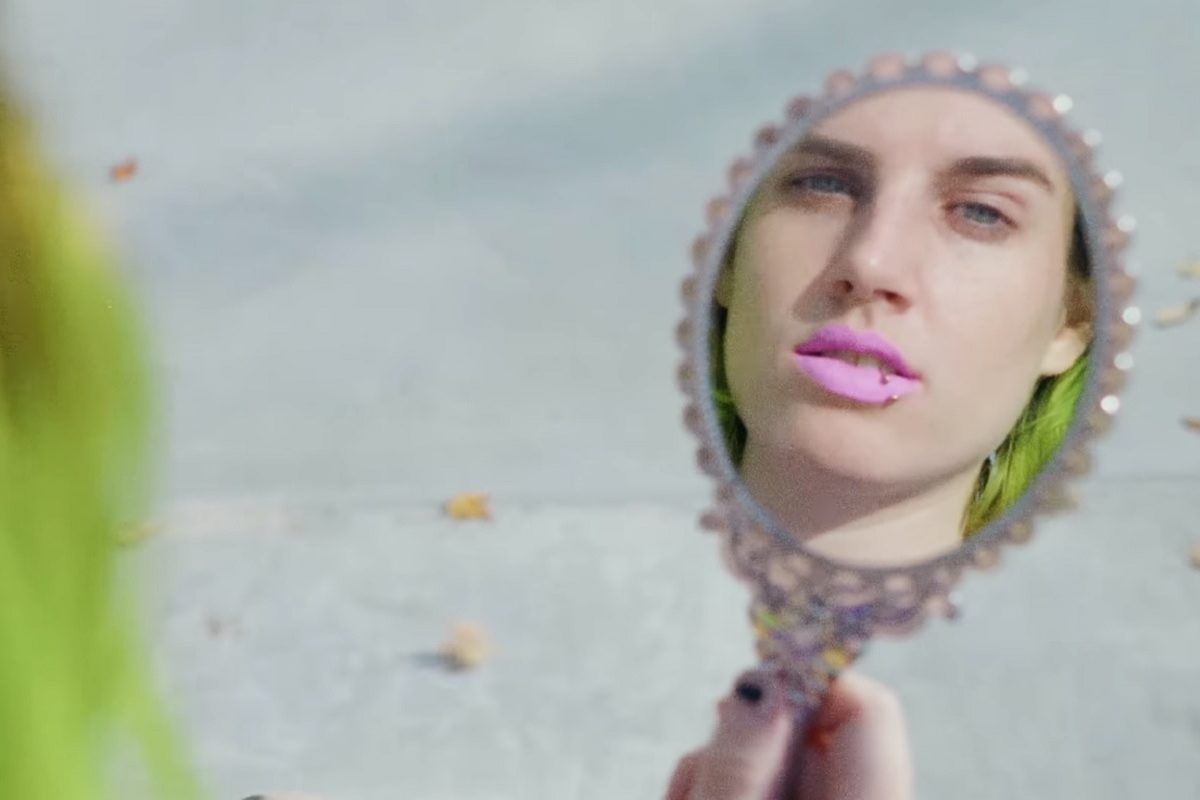 “Crush On Me” is the title track of Sir Babygirl‘s debut album Crush On Me out now on Father/Daughter.

Kelsie Hogue aka Sir Babygirl has finally released her debut album and, coming with this exciting news, the queer artist has also unveiled an uncanny video for its title track. Revisiting the myth of Narcissus with an Avril Lavigne‘s “Sk8er Boi” aesthetic, Holgue is playing here two characters – or two sides of her bisexual personality – who fall in love with each other. The video also features her old dog who is now dead but forever in our hearts.