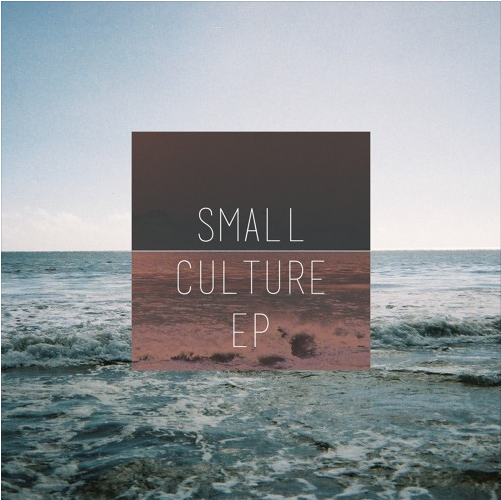 Small Culture has shown up a couple times now on HighClouds, and they’re here again. I recently caught a chance to listen to the project’s self-titled EP, and was thoroughly impressed. Wildly well composed for a freshman EP, the unique blends of sounds, and light upbeat feel make this EP the perfect way to kick off your summer.

Jerik Centeno‘s “Small Culture EP” is light, fun, and airy – everything a summer EP should be.

The project Small Culture is headed up by Jerik Centeno. The “Small Culture EP” acted as the recent graduates senior project for his BA in Audio Production at the prestigious Art Institute of California at San Diego. The production tasks were undertaken by Jerik Centeno and friends. The EP was recorded by Jose Escoto, Jerik Centeno, Jessica Parker, Rolando Munoz, and Alexander WIllams. The official mix was carried out by Jerik, and it was mastered by Colin Ritchie.

With all the names out of the way, let’s dive into the nitty-gritty of the EP itself. The “Opening Credits” set the stage, giving a nice context to the overall theme of the EP. It’s light, fun, and airy – everything a summer in San Diego should be. I also personally loved the phone calls integrated into the piece, but I’m a sucker for spoken word in songs.

“Apartime” serves as great demonstration of the production quality involved with this project. It has an eclectic vocal style, and some really interesting underlying synth layers. There’s perhaps just a bit too much happening in the background, especially towards the end of the track, leaving the listener with a little bit of a muddy taste in their mouth. The lyrics, “you took the time that you left behind” give the impression that there is more to the song than presents itself at the surface. This, combined with the fact that “Apartime” is a luxury apartment complex in Barcelona, might hint at a love affair gone awry. Then again, it could just be a lovely piece of music composition.

The third track of the EP is entitled “Too Late”, and is a collaboration featuring Catharine Maloney, Nick Krill, and Cameron Wilson. As the middle track, it has the fastest tempo, and a little bit of a purposely crazed feel to it. It is also definitively my favorite piece off the EP. Catharine Maloney really brings a nice harmony to the song, expertly binding the piece together without being overpowering. As I listened to the track, I started imagining a bonfire on the beach, surrounded by care-free hippies, with the sun setting behind the waves in the background. The trombone that joins near the end of the track really makes the piece for me, I would’ve loved to see more brass in the forefront of all five songs.

“Synthetica” provides a nice contrast to “Too Late”, and starts to relax the tempo and the pace in preparation for the end of the EP. It features Jenna Cotton, whose voice is both beautiful and captivating. It has a wonderfully playful ending that creates a proper transition into the fifth and final piece.

The EP ends with “Who We R”. Before the song even began, I was skeptical merely due to the title. Letters in place of words aren’t a clever naming scheme, and detract from Small Culture‘s professionalism. The track features Megan Lake, who I don’t think fit in with the scheme of this release. She is a solid vocalist, but doesn’t mesh well with the overall goals of the EP. The sound of the entire song comes off as just a little shrill, detracting further from the piece. I personally think the release should have been four songs in length, and ended with the soothing sounds of “Synthetica”.

“Small Culture EP” was composed well and organized beautifully. It has a clear song progression that I wish was prevalent in more modern music. Overall, a great freshman release, but the weak ending detracts from the overall quality of the EP.