Coming from Leiria, Portuguese artist Surma is back with a new single ‘Hemma.’ The beautiful choreographed video which is signed by The Casota Collective also announces the release of her debut LP via Omnichord Records for this October.

Surma is Debora Umbelino, a 22-year-old artist coming from Leiria, a city in the center of Portugal whose music scene is quite lively at the moment (she has just signed with Omnichord Records, a label based in the same city). We got to know her some months ago with her amazing debut track ‘Maasai‘ and with her featuring with electronic indie folk artist Gobi Bear. Her ambient post-rock universe sounds really mature for her young age and her childlike voice is simply fanciful and unique. 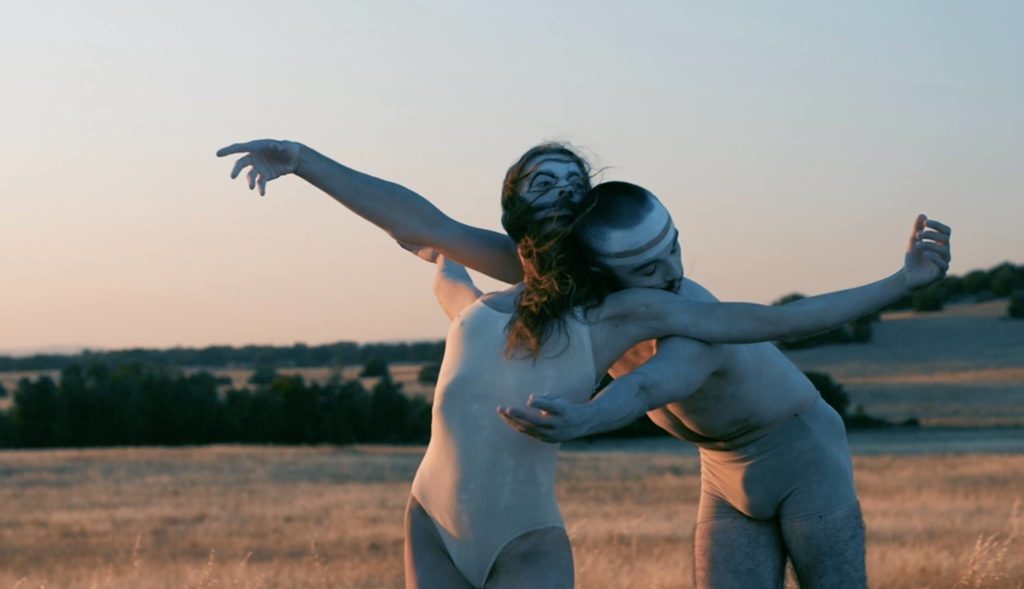 Surma just shared a video for her brand new single ‘Hemma’ and the least we can say is that the images perfectly complete the sounds. ‘Hemma’ is a limitless and surreal track, an ode to space and beauty. The Casota Collective, who directed the video, smartly captured this immensity and turned it into a beautiful clip. The two dancers that are rotating around Surma are like planets around a shining star. They are genderless, almost naked but most of all, they’re majestuous. The scenes take place in the beautiful Portuguese countryside and the Sun even invited itself into this astral and captivating choreography.

Even the Sun invited itself into Surma‘s astral and captivating video: ‘Hemma’

‘Hemma’ is the lead single from Surma’s upcoming debut LP, due to be released in October via Omnichord Records. You can also stream the track via our regularly refreshed Spotify playlist: DAILY DOSE FOR MUSIC JUNKIES.