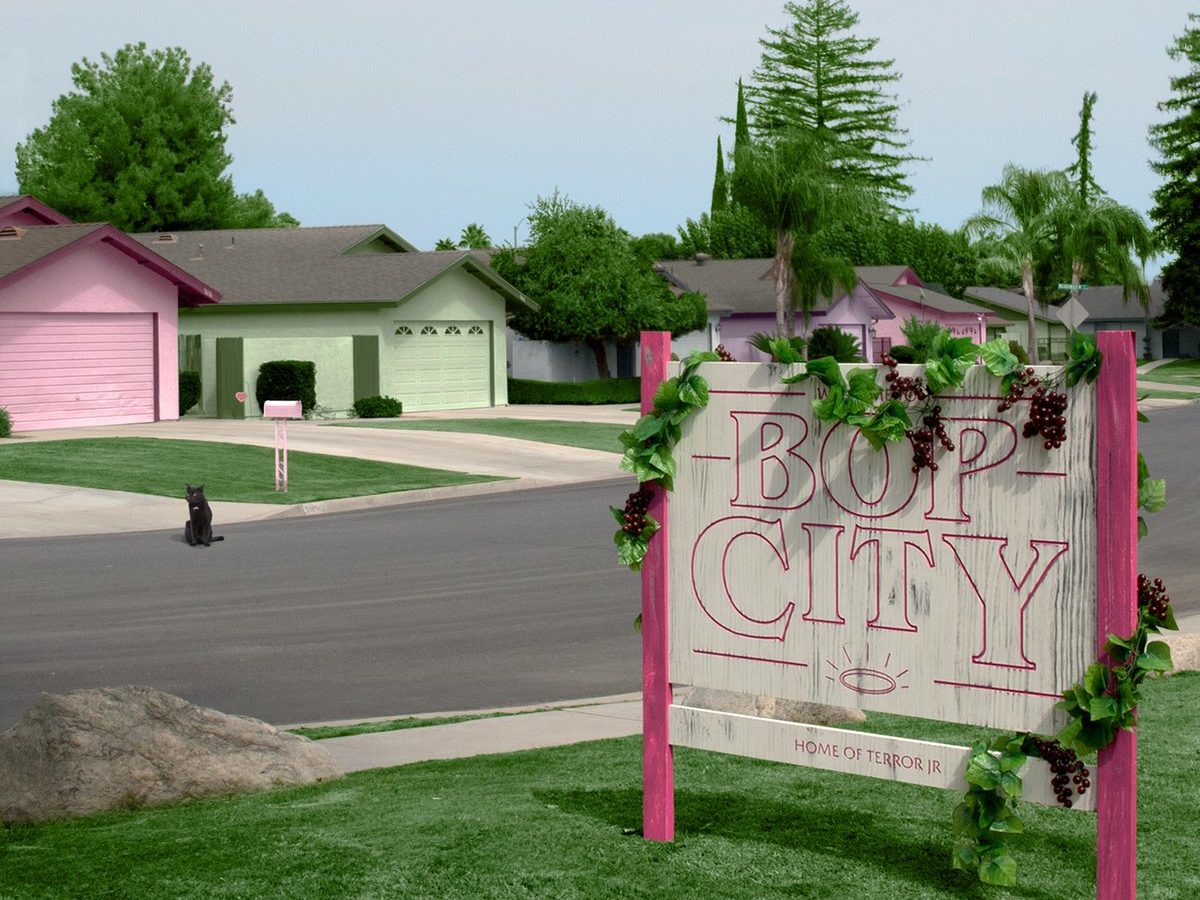 The mysterious music trio Terror Jr snuck onto the stage, quietly set up, and then exploded. They have made their debut in a big way, thanks to their freshman release “Bop City”. Produced by the same team that helped create Kiiara – read Felix Snow -, Terror Jr just became one to watch.

The first track of the album, “Little White Bars”, opens with eight seconds of a single synth playing a simple beat. This start establishes the concept and tone present for the entire release. It’s a simple yet full sound, easy to like but never boring. The pauses in the music contribute just as much (if not more) to the sound than the moments of noise. There’s a consistent class of synths throughout: the sound varies, but always stays within the same “family” of synthetics. This helps in building a continuity that stays strong throughout the album.

The contrast between the light-hearted beats and the darkness of the lyrics gives the release a larger depth than much of the other recent music from this genre. The main vocalist (who’s definitely not Kylie Jenner) has an amazing vocal range, seemingly changing octaves without any trouble. Many of the tracks deal with issues that are relatable on a personal level. “Waiting to reciprocate but you never act,” speaks to everyone’s fear of putting themselves out there, a mutual fear of emotional over-exposure.

The group also chooses to tackle issues that are highly prevalent in today’s culture. “Someone got shot on the TV, but it don’t feel like a movie,” addresses the glorification of gun violence so often witnessed from modern news outlets. It’s an admirable move, one I would like to see more rising stars make. I don’t think artists realize the opportunities they have to make serious change, to inspire those who listen into a better state of being. Positive music that criticizes our current system acts as a catalyst in societal change, and it’s nice to see Terror Jr come forward to prove a point.

Terror Jr‘s “Bop City” is heating up this chilly October with great composure and strong lyrics. The mystery surrounding the group is appropriate given the Halloween season, and only seems to be helping their ratings. This is one album that is definitely spinning for Hipster Halloween.