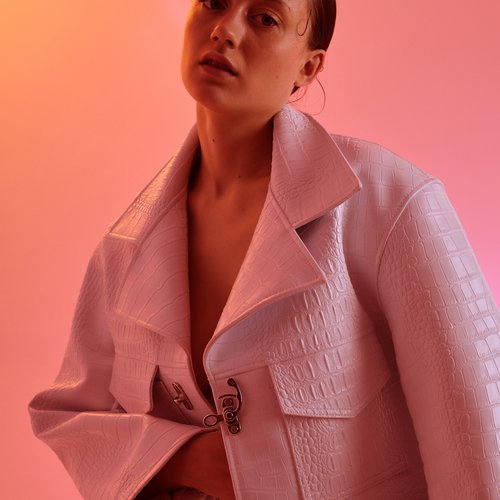 Brussels-based popstar on the rise Tessa Dixson releases “Tender Me”, the first single from her debut album GENESIS out March 13.

Having garnered high praise post-release of her debut EP ABYSS last year, Tessa Dixson is back with her slow-burning electro-pop track “Tender Me”. With a focus on nurturing healthy relationships and ‘tending’ to each other’s needs like you would to a flower, the Brussels-based artist has created a mindful and wholesome track full of hope and, to be honest, good relationship advice.

“Tender Me” relies upon the steady build-up of momentum. It simmers delightfully almost imperceptibly at times, building itself up to a boiling point of electro-pop. The subtle crescendo comes with the introduction of throbbing drums to close out the final minute, a coalescence of everything that’s been built throughout the track.

Tessa‘s distinct yet brooding voice directs the synths seesawing to create an inherently pleasing conclusion. The combination of the voice and the swirling synths winds “Tender Me” to a close but not before working it up into one last cathartic, orgasmic explosion.

Tessa Dixson’s new track displays a confidence in its deviations. It takes its time and opts to blaze slowly but ever so brightly, a trait that actually bodes well for an up and coming artist slowly but surely building up her career.

The accompanying visuals directed by Marie Maite and Nils Van De Cauter, show Tessa Dixson bare-chested but tastefully covered by an artistically twisted pipe contraption adorned with flowers. Amidst pulsating lights, she croons as a male is seen reaching out, performing an expressive dance routine beside her.

Floral imagery is no coincidence as Tessa Dixson actually found inspiration from a visual featuring flowers that she found online. She said “One rainy afternoon, I was very bored and was just dicking around on my phone and I came across this drawing that was just passing by on my Instagram of what seemed like two human bodies with flower heads giving each other water”, Tessa explains, “The illustration was so simple but so pure and true as to what a relationship should be like. Two flowers growing and learning together, giving each other water to thrive and flourish.”