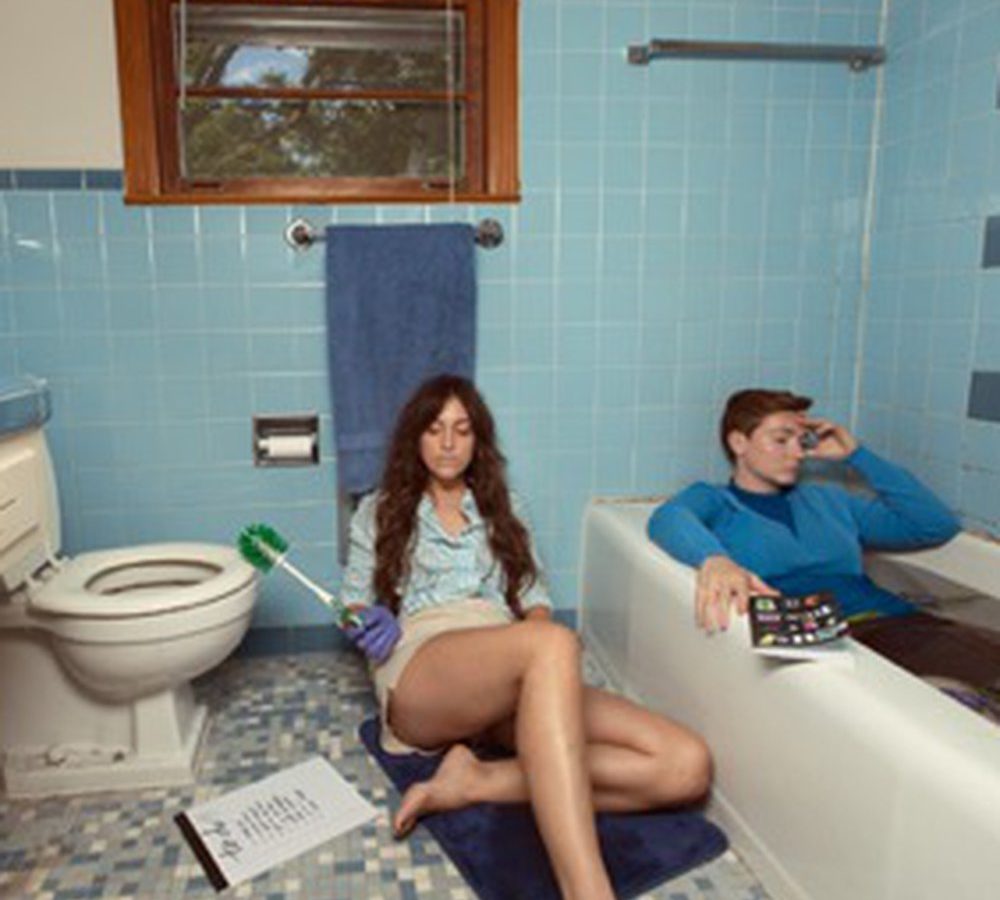 “Don’t Panic” is taken from The Harmaleighs‘ upcoming album She Won’t Make Sense, due out August 2 via Nettwork Music Group.

Turning your inner demons and personal struggles into emotionally intelligent and approachable music is no mean feat. Yet Hayley Grant and Kaylee Jasperson, better known by their band name The Harmaleighs, have done just that with their newest single “Don’t Panic”. This is the first offering from their upcoming record She Won’t Make Sense; a concept album about mental illness and specifically Grant’s own struggles with mania, depression and anxiety.

Despite its topic that can be described as both harrowing and morose, “Don’t Panic” is somehow quietly soothing. Its repeated refrain sounds almost like a mantra. It’s sung like a determined yet pleading phrase to say to your own mind to try and regain a level of control over your own thoughts and feelings.

‘Don’t Panic’ was written in my bathroom at 3:30 am about trying to calm myself down but being fearful that panic was actually fueling my creativity

Her own personal connection to this song and the prescience that the topic has in her own life enhance the vulnerable openness off the track. The straightforward lyrics and gently plucked guitars become all the more affecting and wonderfully moving with this knowledge. “Don’t Panic” is about something ‘real’ and emotionally complex without sounding pretentious or convoluted. It’s one of those songs that feels necessary and sounds like a love letter to Haley Grant, from Haley Grant.

It’s unfortunate that it’s such a relatable sad bop for many, but it’s incredibly sweet in its simplicity, so much that it has the air of a lullaby. It’s comforting in its predictability and vaguely familiar structure, almost like something your parents would sing to you as a child to help you get to sleep. There’s a calm reassurance in the heavenly, fuzzy harmonies of the Nashville indie-folk pair, a hidden promise that if you tell yourself “Don’t Panic” enough, that you’ll be alright. Listen below.