The Jensens bare their hearts on new track “Four Chambers” 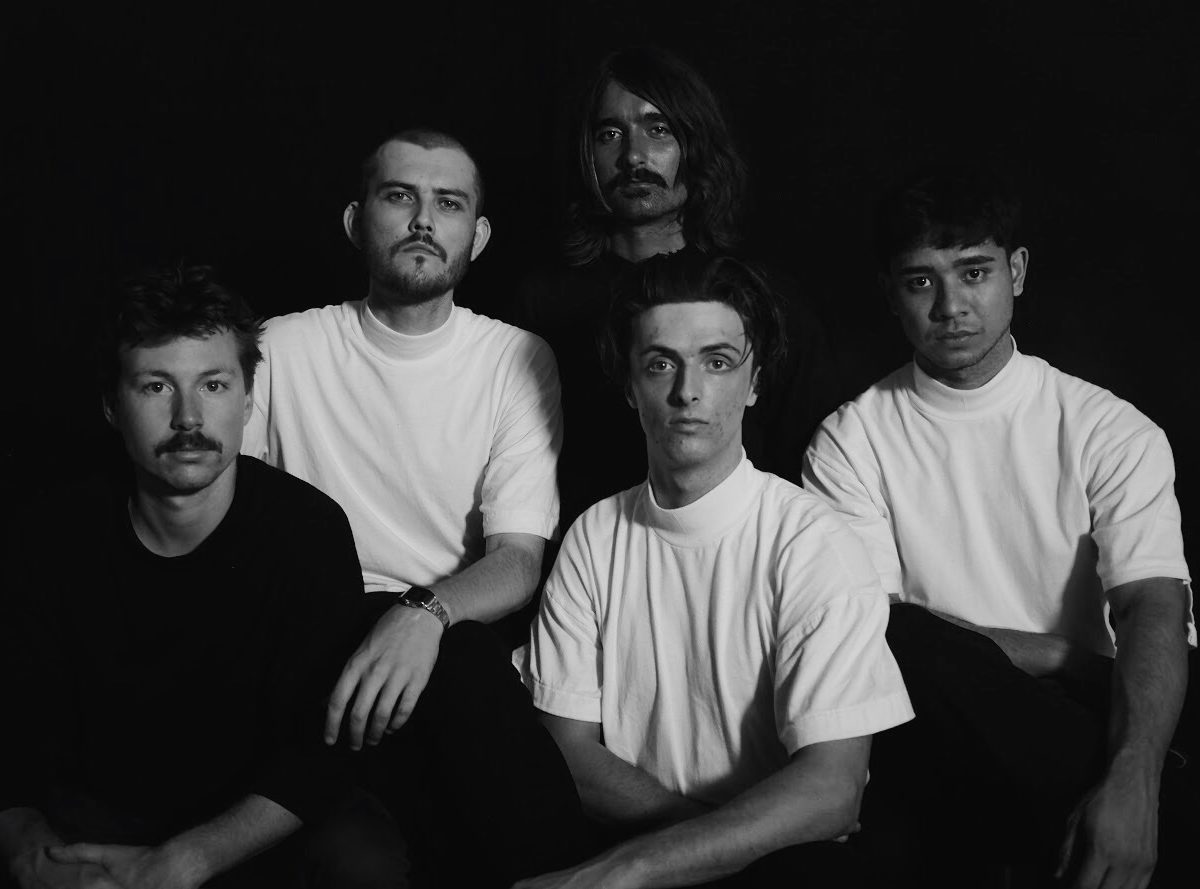 It’s hard to take the word “debut” seriously when referring to The Jensens. Despite sitting days away from their first full-length release, the group has already smeared their sound all over the raddest parts of the music scene– even sharing stages with powerhouses like Twin Peaks, The Vaccines, Saskwatch, and more. Still, in the newest single off their upcoming debut album, The Jensens prove that the best is yet to come for the burgeoning Brisbane-based five-piece.

At first, track “Four Chambers” presents itself as a very straightforward, standard, and satisfactory specimen of indie rock. Joe White and Nathan Kendall carry the tune with solid shredding and strong, emotional vocals. Supported by Jordan Aston‘s grumbling bass and Phillip Fabros dynamic drums, it’s a head-thrashing, hair-swinging, hands-in-the-air good time. Speaking on the track, Kendall explains: “It’s a push-pull of old and new, emotion and logic, belief and science. The music on this track mirrors these same ideas, encompassing elements of our sound both past and present”. This juxtaposition is evident. There are remnants of the beachy rock that The Jensens have exhibited on past projects, but a heavier, more sophisticated sound brushes up against the carefree nature of their former sound. In short: It feels different, but it still sounds good.

Then suddenly, the straightforward, standard, and satisfactory escalates to superb when the second bridge hits. A glittery glissando on the keys propels the track into a saxophone solo that is certainly one of the most exciting moments of the year. The sax pulses, palpitates, and races its way through a run that will leave Kamasi Washington shaking in his boots. This shredding is punctuated by a near full-stop, until The Jensens emphatically pick it up where they left off. Another chorus, and then the song is sadly over.

Stand-out surprises like this spectacular sax solo aren’t out of the ordinary for the group. The Jensens are known for gifting listeners with acts of musical courage. They recently released “Emotion,” a behemoth of a track that extends over ten minutes, single “Everybody Talks” plays with toeing the fine line between singing and spoken word and recent release “Mt. Mura” borrows a refrain from Sunday School with the lyrics, “Jesus loves me / This I know”. Looking toward the drop of their debut album Hyacinth Haze next week, “Four Chambers” proves that fans can rely on The Jensens to deliver deliciously inventive and unpredictable moments of genius. Brush off the edge of your seat and listen to “Four Chambers” now, premiering exclusively on HighClouds.