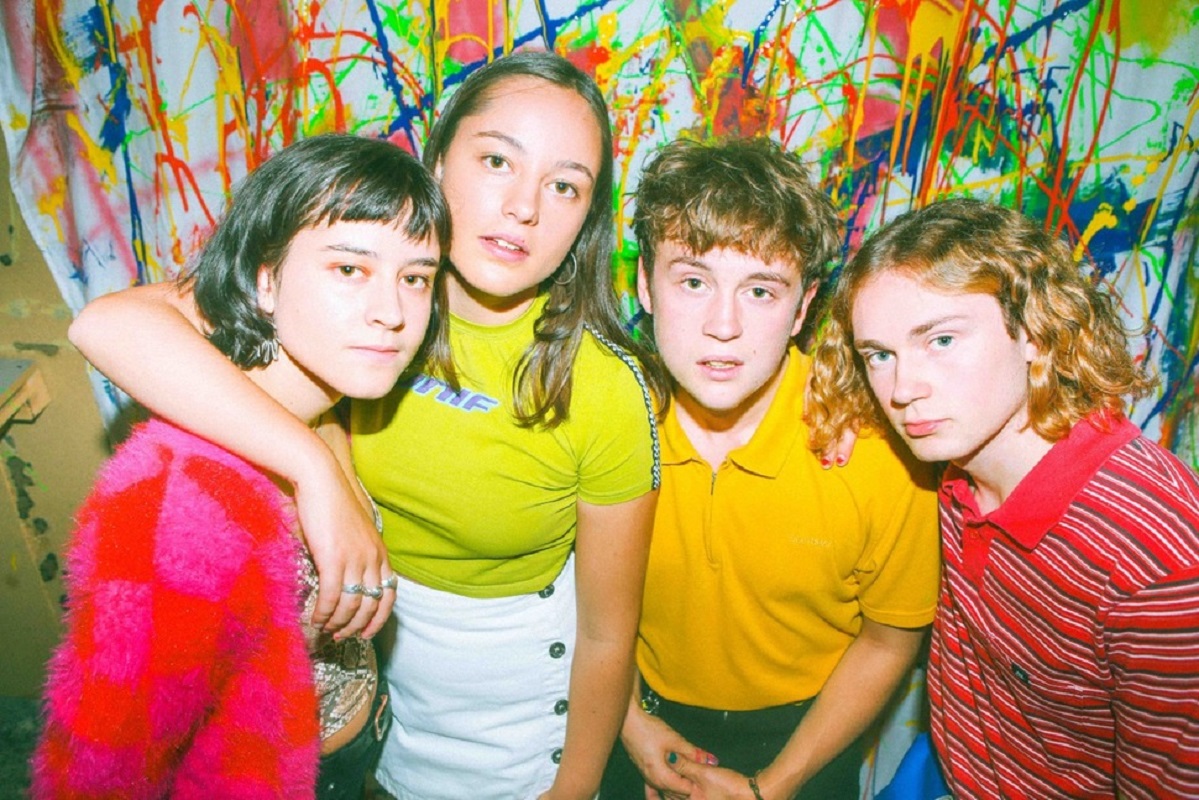 The Orielles‘ double single “Bobbi’s Second World/It Makes You Forget (Itgehane)” is out on Heavenly Recordings.

Earlier this year, the indie pop newcomers of The Orielles unveiled their debut album “Silver Dollar Moment” on Heavenly. They’re now back with a double single which features a new track named “Bobbi’s Second World” and a cover of producer Peggy Gou.

On their luxuriant new song, which centres around the surrealist story of a cat who wants to become a lady, they deepen the soundscapes developped on their album by welcoming notably a new member on keys. About “Bobbi’s Second World”, the band from Halifax detailed:

It centres around the story of a cat named Bobbi who, in order to become a lady, has to experience the extremities of two complex and differing realities- situated in her front and back gardens respectively. The eccentric instrumentation, influenced by northern soul, post-punk and funk music, matches the quirkiness of the lyrics to create a song that concerns a young cats maturity whilst displaying a certain maturity in the music itself.

The best surprise is yet to come with their re-work of one of the best dance tracks of 2018. The Orielles‘ funky and flangered rereading of the tropical dance anthem “It Makes You Forget (Itgehane)” is just so much fun.