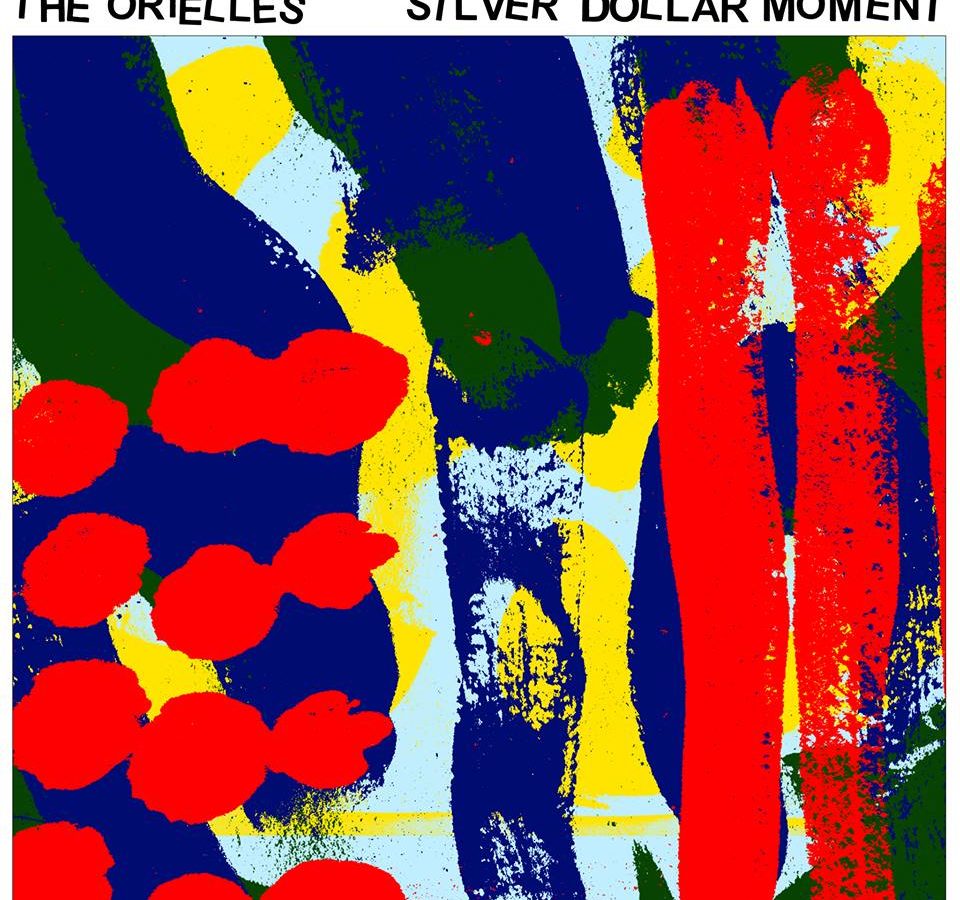 The Orielles‘s music isn’t even that rooted in that tradition, at least in terms of production and aesthetics, but there is definitely a tangible influence to be noticed in their many riff-based numbers, and their singing gives a few more-than-sly nods to the slacker garage airs. With their debut album “Silver Dollar Moment”, this much-hyped UK trio are mounting a strong case for garage pop as something that isn’t necessarily synonymous with shitty guitar playing and lousy singing.

If there’s something particularly characteristic about the garage pop revival that in recent years has served as an umbrella term for acts as wildly different from each other as The Limiñanas, Thee Oh Sees or Hinds, it is its loyalty to a distinctly off-kilter aesthetic that in the worst of cases amounts to bands being encouraged to sing and play as poorly as they like under the condition that they are committed to a DIY ethos. Not that there’s anything wrong with that – the history of popular music has been partly built by people who didn’t have a clue about how to play their instruments, and it’s not like garage rock is a music genre that requires any degree of technical proficiency. But we are now living in an age where big ticket music publications and festivals are particularly invested in celebrating garage, even if, with few exceptions, it seems to be locked in a stalemate.

When interviewed by Highclouds a few days ago, The Orielles confessed their love for the Madchester 24 Hour Party People scene of the late 70s and 80s, which reclaimed rhythm and groove as some of the cornerstones of alternative guitar music. It’s not hard to see why – even if their music certainly takes a different path than all the baggy stuff from the 80s, it’s still heavily influenced by guitar bands that leant into groovy sensitivities – “Old Stuff, New Glass” starts off with a misleading slacker guitar riff, but it soon evolves into an early Talking Heads-esque slice of funky new wave, boasting muted guitar strumming and congas. There is definitely something to be said about Sid Hand-Halford’s drumming, which takes incremental steps towards a funky brand of alternative guitar rock that is hard not to find enticing.

Throughout “Silver Dollar Moment”, The Orielles stress the importance of rhythm in guitar music without neglecting what ultimately breaks or makes the songs – the melodies. Songs like “I Only Bought It For The Bottle” or “Mango” are slacker indie rock anthems that sit somewhere in between Mac DeMarco and Sunflower Bean, the sort of festival-ready guitar songs that aren’t written to be performed in a steamy garage but in an open-air hippy gathering. Even more successful is “Henry’s Pocket” – at its core a 90s power pop song, its insanely catchy verses make for the most immediately memorable thing about the album. “48 Percent” works in a similar vein, although its instrumental breakdown feels slightly undercooked and it never falls into place with the song’s chorus.

The album’s biggest downfall is its sporadic tendency to lean excessively on middle of the road, forgettable melodies and instrumentation that are common-place for garage bands – even if their production style marks a clean break with the garage tradition, their songwriting occasionally falls into its clutches. Offering a shabby contrast to the nervous drumming of “Old Stuff, New Glass” or to the Courtney Barnett-esque wit of “Let Your Dog Tooth Grow”, “Sunflower Seeds” is a fitting example of the kind of insipid vanilla rock that comes to the surface here and there throughout the album The Orielles have worked to develop a sound of their own, but they don’t seem fully committed to it on “Silver Dollar Moment”, even if its most memorable (ahem) moments are precisely those where they dally with 80s new age and baggy. Fortunately for us, there are more than enough of those moments to ensure that The Orielles’ first LP quickly reveals itself as an impressive success. Even if it doesn’t fully deliver on its promises, “Silver Dollar Moment” constitutes sufficient evidence to believe that The Orielles have a bright future ahead of them.