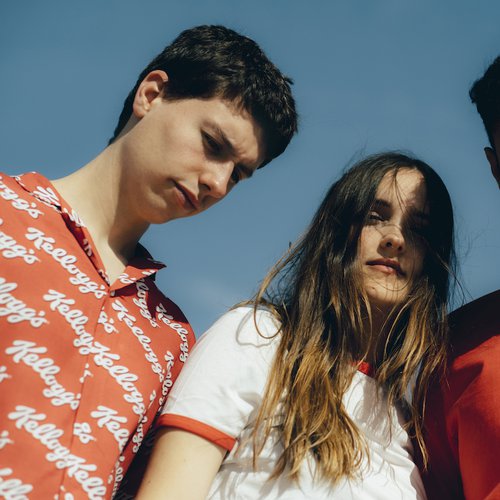 Formed in 2014, Vaarwell is an indie-pop band consisting of Margarida Falcão (vocals, keyboards), Ricardo Nagy (guitar, keys, production) and Luís Monteiro (bass, sampler). Following up on their 2019’s EP Early Rise, they’re already returning with a new track: “False Promises.” A bit like an emotional rollercoaster, the sinuous indie-pop track goes high and low, describing the path of a dying relationship with crispy electronic textures as a background. Simultaneously sophisticated and catchy, comforting and melancholic, it’s an elegant, utterly unique offering from the Lisbon trio. Speaking about the track, singer Margarida says:

‘False Promises’ is an upbeat plea for one’s loved one to stay, even when the feelings are no longer mutual. The song goes back and forth, from denial to the acceptance of the inevitable end of the relationship. Wanting, on one hand, to hold on to past hopes and promises, whilst knowing that things change and that some promises are hard to keep.