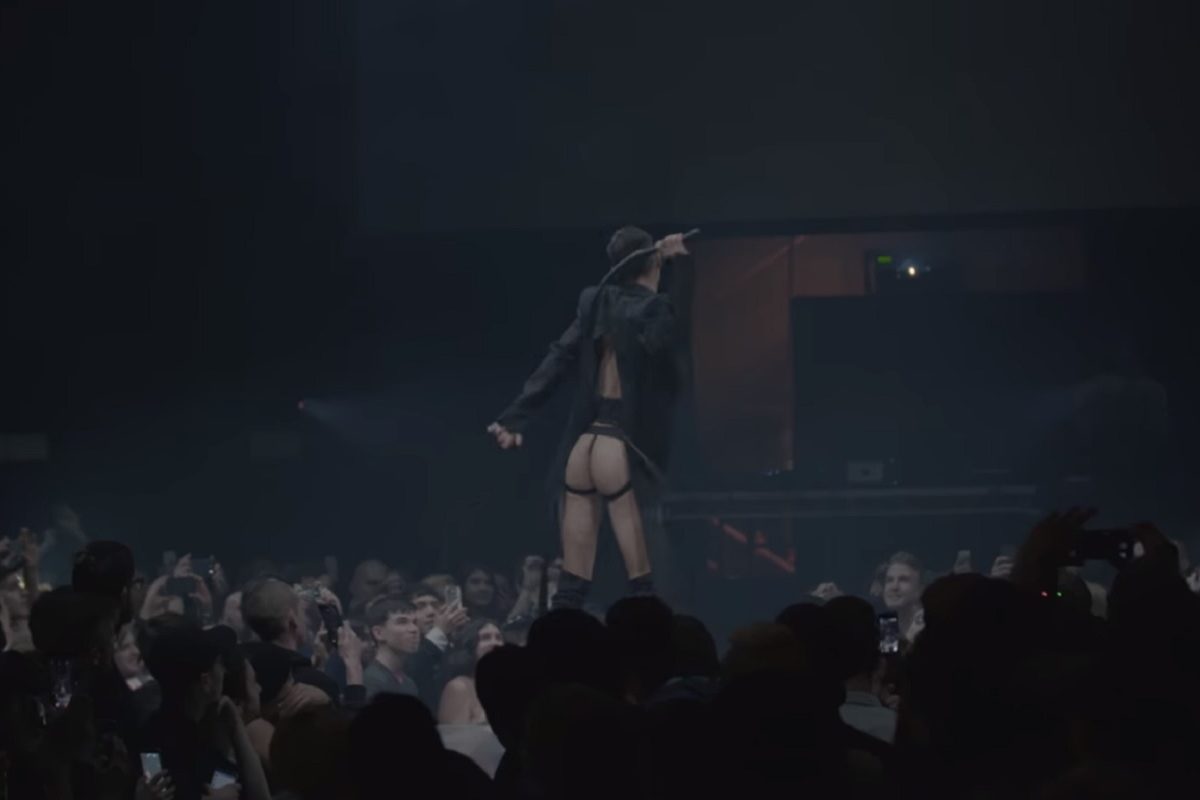 The 24-minute long video was filmed at the London Roundhouse and as always is a bold artistic statement.

Artistic genius Arca and his long-time visual collaborator Jesse Kanda recently headlined a Boiler Room session at the London Roundhouse. A 24-minute long video of their show was then published and as expected it’s breathtaking. Arca‘s entrance features a strange track made of gun shots and whiplash sounds. The Venezuelan producer offered a mystical, bold and intriguing show like a forward-thinking guru in the middle of a fetish temple. The genre-bending and aesthetic explorator went obviously too far for Boiler Room and Youtube: the non-edited full performance was notably featuring fist fucking images in its backdrops.

Arca‘s self-titled latest album was released last year via XL Recordings and was featured in our list Best Albums of 2017.