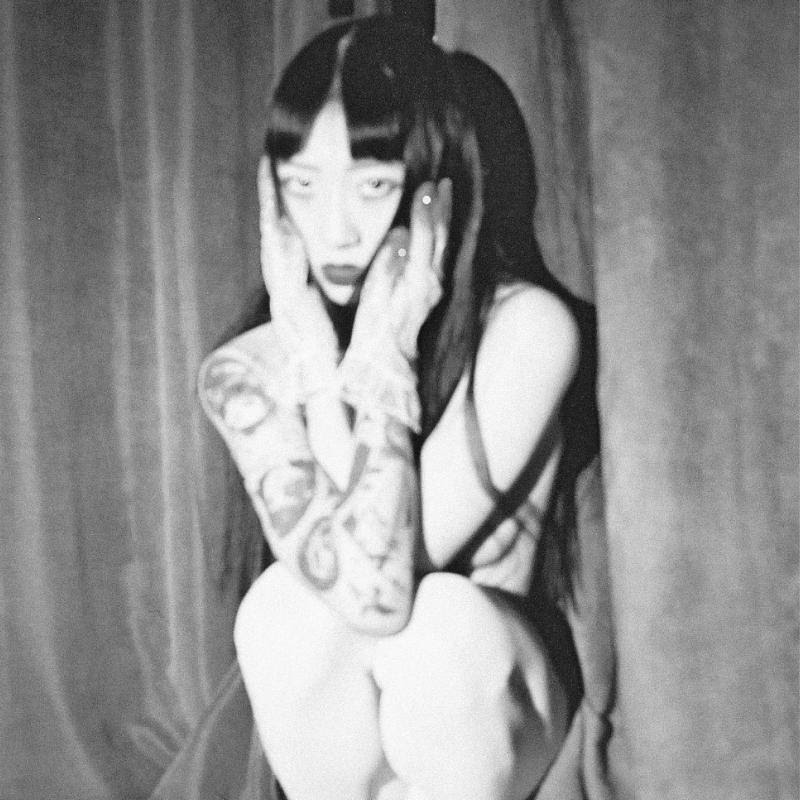 Yeule‘s single “Pocky Boy” is out on ZOOM LENS.

Nat Ćmiel, better known as Yeule, is an electronic musician based in Singapore and London. Earlier this year, we shared her experimental and dreamy post-pop song “Pocky Boy” and there are now Rabbit Sashimi-directed visuals to go with it. Like the track, the goth video highlights the link between society and commercialized aspects of gender. She explained:

At the dawn of the new age, civilization has been wiped out by an alien race that can shape-shift into the humans that used to walk the earth centuries before. The aliens attempt to grasp the differences of gender and form that humans beings had, even though they do not know the difference because of their nature as non-binary beings.

The creatures are playful in their shapeshifted forms, putting on school uniforms which they’d found in an abandoned school. With pillows left on the ground, they mimic little children from what they’d learned from human behaviour. Little did they know, the human form is soft and easily malformed by sharp objects. One of them is lost to the ages as they shapeshift back to a different dimension.

On August 23, Yeule will play her debut secret show in Los Angeles. Get your tickets there.