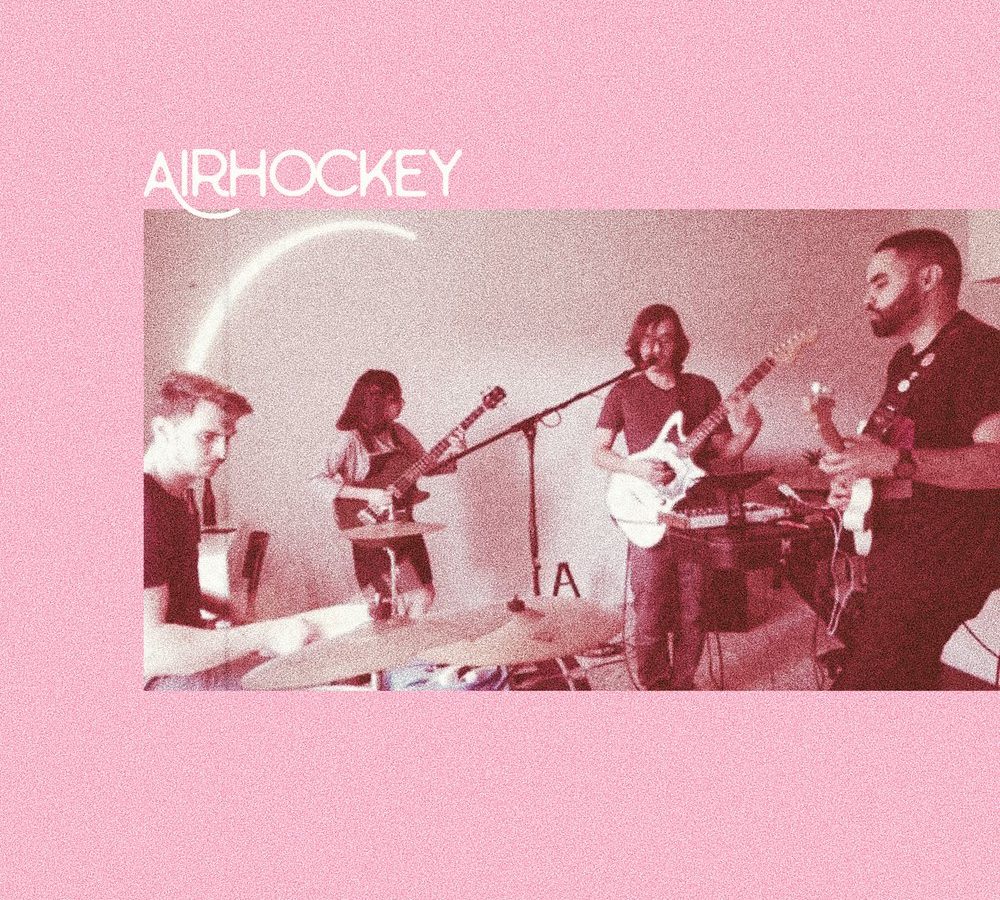 “Hidden By The Sun,” the sophomore single from airhockey, is out now.

Hailing from the suburbs of Miami, the genre-bending four piece airhockey have dropped their second single “hidden by the sun.” On this new offering, the anchoring ethereal synth line emulates the pop-rock of The Cure, but when paired with Sebastian Hidalgo‘s woozy and muted vocals, it creates a sound that’s markedly distinctive. With the oddly dark bassline surging just underneath these distant, distorted vocals, there’s a dichotomy that’s formed. Whilst “hidden by the sun” is, on the surface, innocently upbeat and lively, the effect of the bass combined with an overlaying bending guitar creates something that is melancholic at its root.

Lyrically, the allusions to the inner workings of the mind such as “seeing you in my head,” injects the track with an obsessive energy, one that’s near viscous in its darkness. This obviously brings to mind acts such as Joy Division or DIIV. “hidden by the sun” is a disarmingly intricately woven track that manages to remain cohesive and unjarring despite its many musical influences. The balance between the dreamy, muffled vocals, the clean jangling guitars and sharp pulsating drums works to great effect. Brimming with raw power and a vibrant force, the track lingers long after the fizzling guitars have stopped. Listen below.