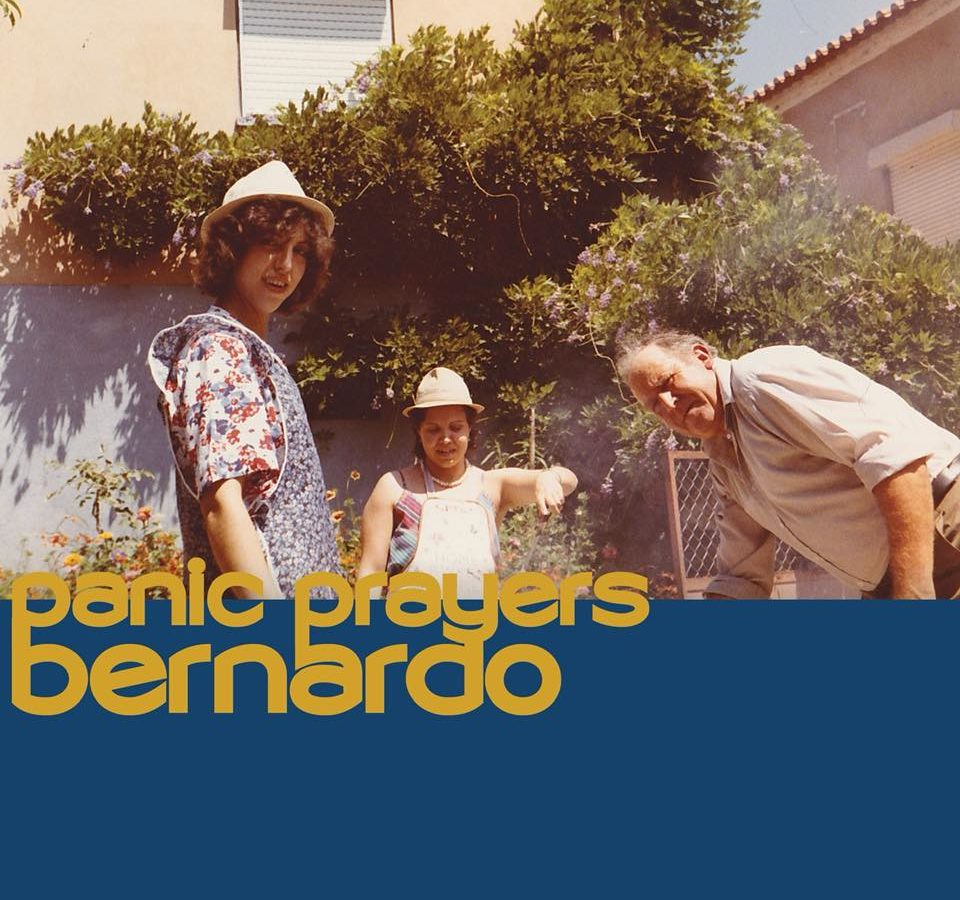 London-based artist Bernardo brings the soul… and the funk, and the reggae, and the jazz on her self-released raucous EP Panic Prayers.

It starts with the sound of distorted trumpets. The horns – cutting in and out with a crackling effect – collapse into a rattlesnake snare. Then, the groovy baseline. Finally, Sonia Bernardo begins to sing. What follows is panic prayers, the three-track EP from the London-based singer, songwriter, and producer who goes simply by Bernardo. Calling it now: You’re going to want to remember that name.

“Wiser,” the opening track of the project, reveals the versatility of Bernardo and her band. At-times beachy, then reggae-like, and even transitioning into a jazzy interlude midway through, the opening track exposes Bernardo and her backing band’s capacity to act as a jam band. Don’t let that term fool you– there’s nothing casual about the sound that they’re creating. It’s focused chaos, with a cacophony of keys, brass, and a groovy baseline. “Wiser” is a euphoric start to a sonically eclectic album.

“Genius Level II” is a shift. With darker undertones and a nightclub-like feel that wouldn’t seem out of place on a Norah Jones album, the second track finds Bernardo a bit more conniving. Here, her lyrical sensibilities are perhaps given their biggest spotlight. She sings, “When all is said and done / We never get the kiss we want / We’re better off than overdue / This is Genius Level II” The accompanying video – an arty ditty that features the singer-songwriter burning incense and playing air guitar in a dimly lit apartment that ends up literally going up in flames – fully proves that Bernardo has the coolness factor. As the track comes to a close, a raucous guitar solo transitions to a quiet conclusion: Suddenly, it’s just Bernardo and a guitar.

This mood melts well into final track “S.H.M.,” which is a return to the basic girl-and-her-guitar sound like Bernardo has built her reputation on thus far. A stark contrast to the rest of this record, the sparse song features just a grimy, guttural guitars and the artist’s soulful voice. Even without all the literal bells and whistles, “S.H.M.” is undoubtedly the strongest song on the album. Bernardo builds upon the lyrical themes of failed relationships and remorse, singing, “It’s not pretty, but it’s the truth / You signed your heart / I acted cool / It’s all you’ve come to regret.” It’s a head-nodding, finger-snapping finish to a fully stuffed EP.

On a project filled with such a wide range of sounds, it’s important that there is one through-line that keeps the project cemented together. Here, it’s most certainly Bernardo‘s vocals that serve as the glue. While technically flawless, the raw emotion in her voice is what makes her performance consistently awe-inspiring. Also, she just sounds good – a combination of the growl of Hiatus Kaiyote‘s Nai Palm, the fullness of Lake Street Dive‘s Rachael Price, the effortlessness of Amy Winehouse, and then that extra wow-factor that Bernardo herself brings to the table. Truly, she holds nothing back during the performances on this EP.

When all is sung and done, pity prayers is certainly a religious experience, but what a pity that it ever has to end.