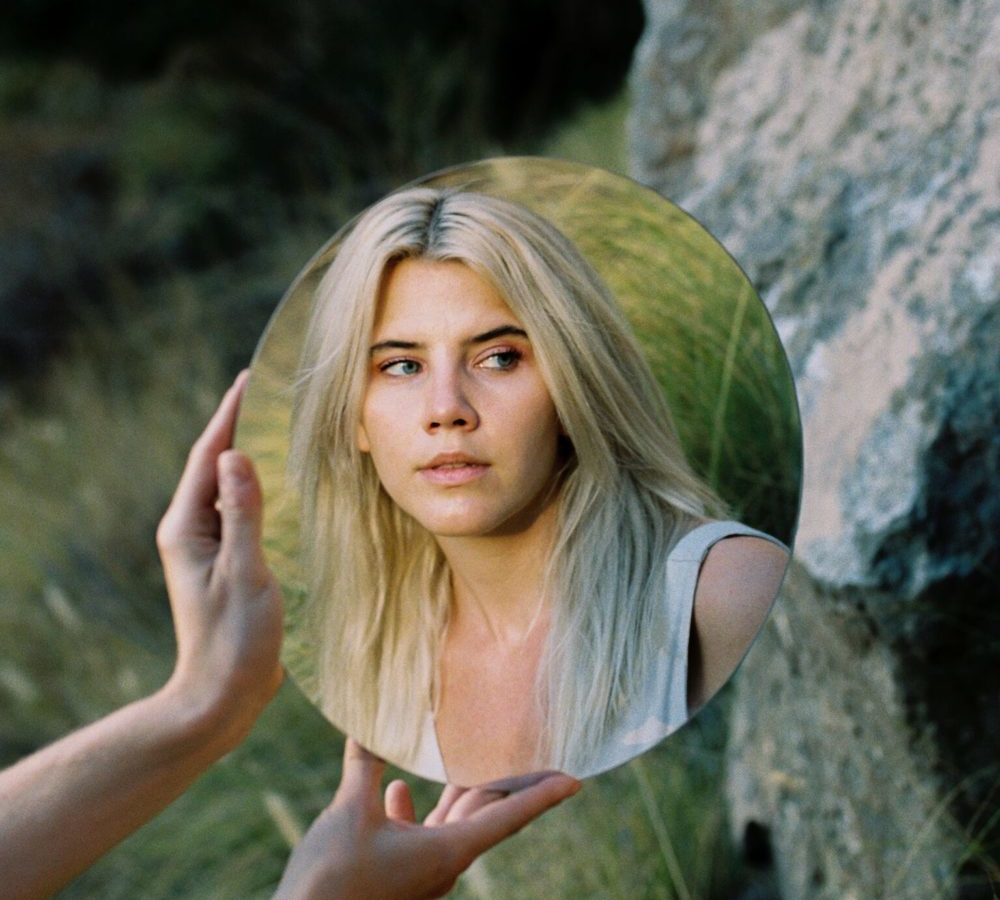 Los Angeles-based singer-songwriter Claire George returns with “Alone Together,” out now on Cascine.

“Are you lonely or are you just alone?” That’s the question that Claire George, the Los Angeles-based topliner-turned-singer-songwriter-producer, left listeners with on last year’s rippling EP Bodies of Water. Today, George returns with her newest single, “Alone Together,” a threadbare yet emotionally thunderous track that cements George as a strong solo act.

With George‘s return, she isn’t straying far from the themes of isolation introduced on her EP. On “Alone Together,” she repeats throughout, “We used to want to be alone together, alone together / Now we just feel alone together, alone together.” As with last year’s “Lonely Or Alone,” George drastically changes the meaning of a simple sentence with only a slight semantic shift. The minute difference between wanting to be alone together and finding that you feel alone together is a sharp distinction that hits like a bullet in the gut. George explains, “‘Alone, Together’ covers the different seasons in the lifecycle of a failed relationship, with the titular phrase shifting meaning over the course of the song, tipping the scale from an expression of obsession and passion to one of hollowness and defeat.”

Though her fascination with loneliness remains, Claire George‘s sound has certainly shifted. While Bodies of Water was defined by a kinetic, ever-shifting electronic background, the new single finds George in a divergent, pensive, and quiet sonic landscape. The track is built on a foundation of a scant piano melody a la The Vaccines‘ “Somebody Else’s Child.” Though the sound eventually expands with echoing choral effects and light drums as tension builds, most of the track remains bare, raw, and incredibly vulnerable. Coming from an artist who has so often released electro-encrusted tracks, the change is certainly surprising, but overwhelmingly welcome. In short: It’s a whole new level of heart wrench from George. Though it doesn’t feel good to be brought to that dark place, it’s cathartic to hear her sing about those sad settings so serenely.

Ultimately, George‘s oeuvre thus far has hovered around a pressing central question: How does loneliness sound? Defining such a ubiquitous yet indescribable emotion can be daunting. Yet, she doesn’t flinch from the challenge– she faces it head-on. “Alone Together” is haunting in its poignancy, and marks an exciting new direction for the singer-songwriter.