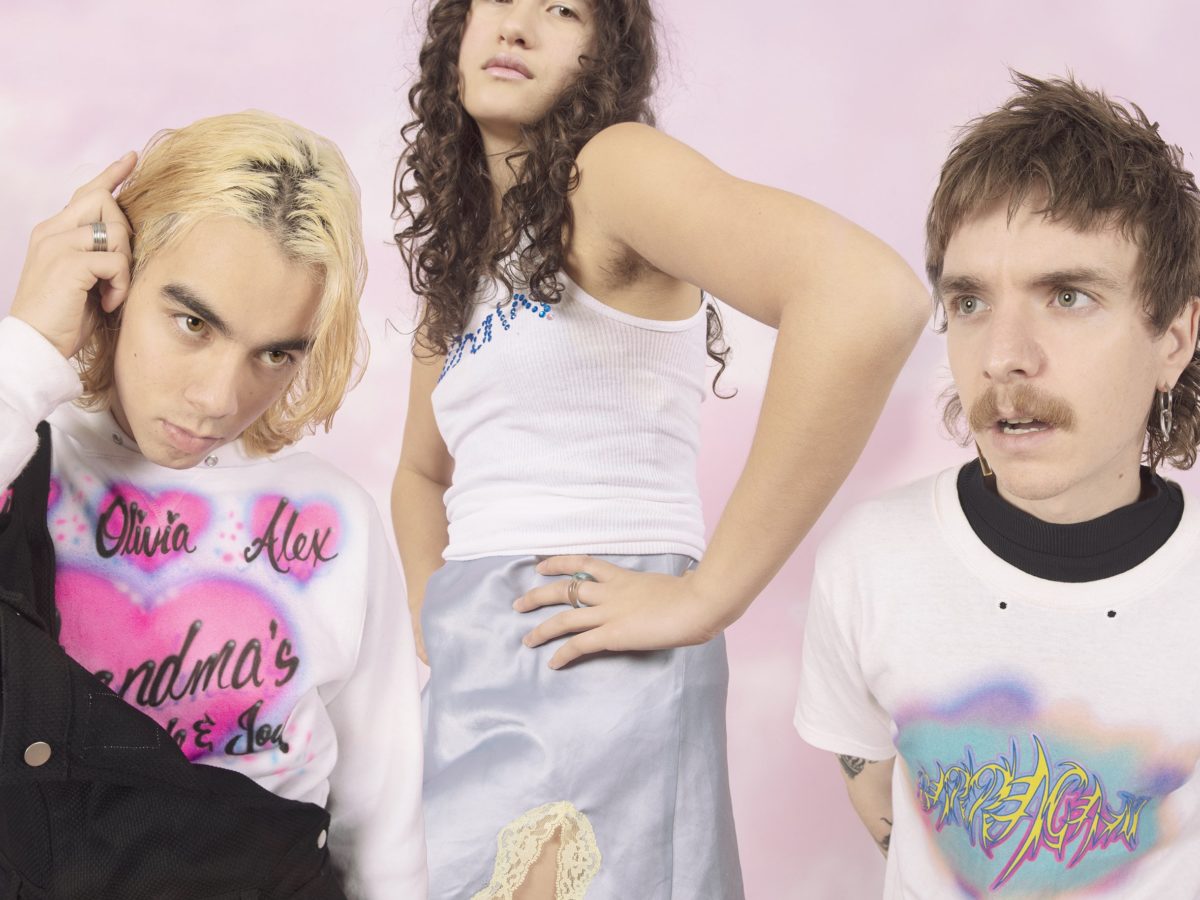 Last summer, we published a review of “Tell U,” the very promising debut single by up-and-coming dreamsynth trio Couch Prints. It’s been half a year since then, and today we are finally blessed with their wonderful follow-up track “Of Drawing,” which succeeds in improving upon their first offering in pretty much every way. Sitting somewhere between the emotional pop of Barrie and the roller skate jams of JORDANN‘s recent output, the new Couch Prints song is not only a lovely earworm of a tune, it’s a masterclass in production and arrangement.

After opening with a spacey synth pad and a four-count kick drum lead-in, the song immediately bursts to life as a big, vintage Casio-style chorded bass holds down the groove. What follows is a multitude of instruments and sounds — keyboards, guitar, percussion, and more keyboards — weaving in and out of the song, expertly building on previous sections and pushing forward without ever overwhelming or feeling cluttered. On top of that, there is so much ear candy strewn throughout — a gleaming sparkle here, a frog-ribbit (!) there — it’s almost uncanny that everything even remotely fits together. On paper, it shouldn’t work, and in lesser hands, it would likely be a mess. But the way Couch Prints captures and maintains your attention from beginning to end is an incredibly impressive feat (check out the four measures of syncopated kick drum at about 2:30).

Lyrically, “Of Drawing” is about longing — or as the band defines it, “an intense desire for a reality that just isn’t yours” and “a constant state of want for something better” — as evidenced in couplets such as: “I see the future that we’ll never make, Every city that we’ll never take, All of the hours I fit in a day, All of the moments I try to replace.”

These are pretty universal sentiments, and singer Jayanna Roberts delivers her lines almost completely devoid of affect, resulting in a sense of innocence and sincerity. It’s the kind of thing that’ll have you dreamily dancing in your front room when no one else is around, like Jennifer Connelly‘s character in Career Opportunities after getting locked overnight inside a Target.

﻿Now that Roberts and her bandmates Brandon Tong and Jacob Truax have finally found themselves all residing in New York, after spending years trying to write and record in various places around the world, we’ll be keeping our fingers crossed that more Couch Prints goodness will be hitting our ears much sooner than another half a year from now. Until then, enjoy “Of Drawing” below.