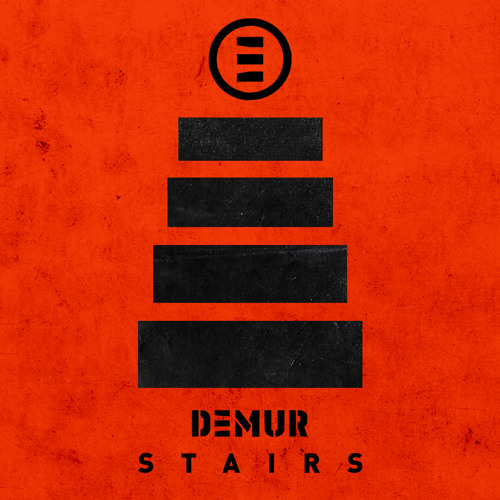 There are some tracks or artists that just kind of grow on you after a while.

DEMUR is definitely one of those artists for me. On first listen of his music, above all else I felt discombobulated. There was something raucous about his music that my mellow pop-ready ears had a hard time processing. Billboard had interviewed DEMUR and after reading that interview (which seemed to be all about rebelling and breaking free from the confines of the norm), all I wanted to know was: who the hell is this guy?

That’s a good reaction to have, because once curiosity strikes, there’s something that makes you want to find out. And a lot of the stuff DEMUR has been putting out lately is oddly appealing because it’s so against the grain of everything else that has been floating around on the music blogs, the social media hype, the HypeMachine hype. It goes against my understanding of “conventional” electronic music, if it can even be called that, and after a couple listens of “Stairs” I was sold.

Probably the most metal music I’ve heard all year that isn’t actually metal music, I’m going to be completely honest and say that not everyone is going to like the sound, style, and vision that DEMUR is creating. It’s really, really different and doesn’t mesh well with that mainstream shit playing on the radio. Or even those cool electronic songs floating around on SoundCloud with epic sounding drops.

“Stairs” is a three minute whirlwind of noise that oddly comes together and makes a lot of sense. A mish-mash of drums and defiant vocals courtesy of Cory Friesenhan all sort of blend together to make this wild sounding, chaotic track that calls for head banging, rule-breaking, and maybe a little bit of intrigue thrown into the mix. It’s all the rage these days for artists to declare that their music doesn’t fit any single genre but with DEMUR’s music, I’m really having trouble checking which boxes for “genre” to put “Stairs” under. Check out “Stairs” below to see what I mean.