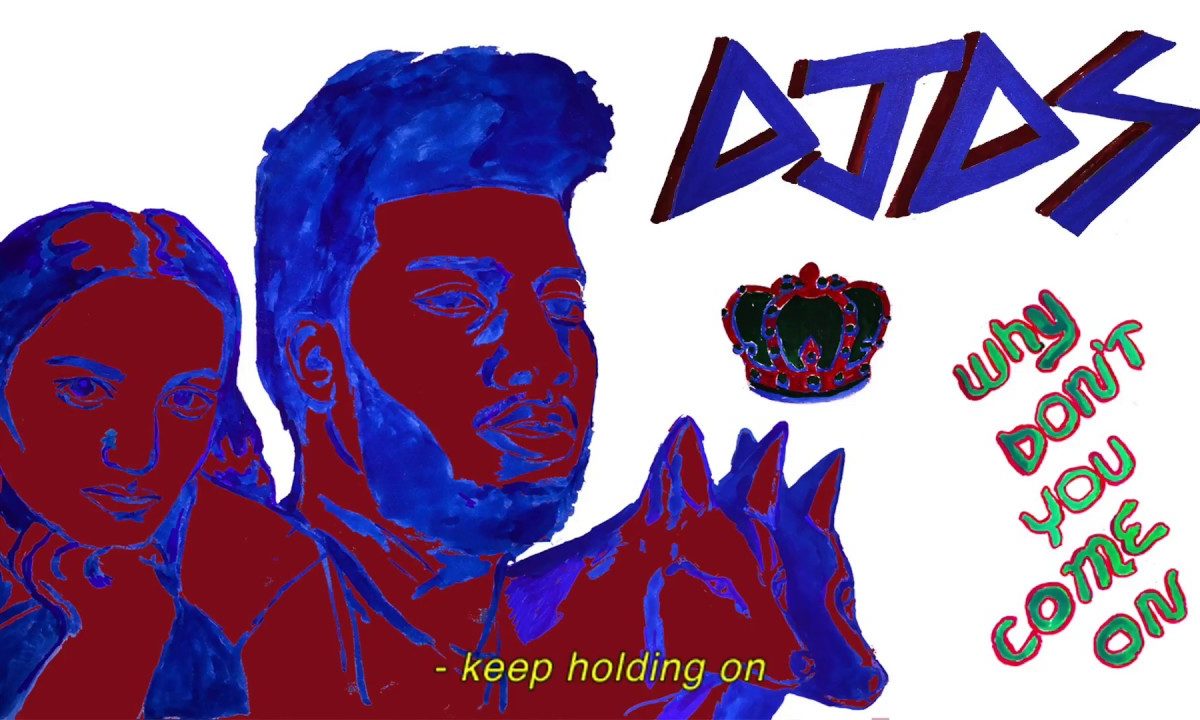 Formerly known as Dodger Station, DJDS is the duo comprised of Jerome LOL and Samo Sound Boy. Last year, they appeared in the credits of 5 tracks of Kanye West‘s ‘The Life Of Pablo’ and they also released the single ‘Trees On Fire’ with Amber Mark and Marco McKinnis earlier this year.

They’re now back with a new track, ‘Why Don’t You Come On’, which features Khalid and Empress Of. About this new single, they explained to Zane Lowe on Beats 1:

We started it with Empress Of and she really put her mark on it. She wrote a lot of the lyrics and really did her thing. We were looking for the right voice to accompany her on this and we happened to be working with Khalid at the time on his record. We showed it to him and he loved it and wanted to do it right away. When we heard them together, we knew it was the right pair.
[soundcloud url=”https://api.soundcloud.com/tracks/338887890″ params=”color=ff5500&auto_play=false&hide_related=false&show_comments=true&show_user=true&show_reposts=false” width=”100%” height=”166″ iframe=”true” /]

Recently, Empress Of released her excellent new single ‘Go To Hell‘ and Khalid has a lot of things going on since the release of his debut LP ‘American Teen‘ in March of this year.