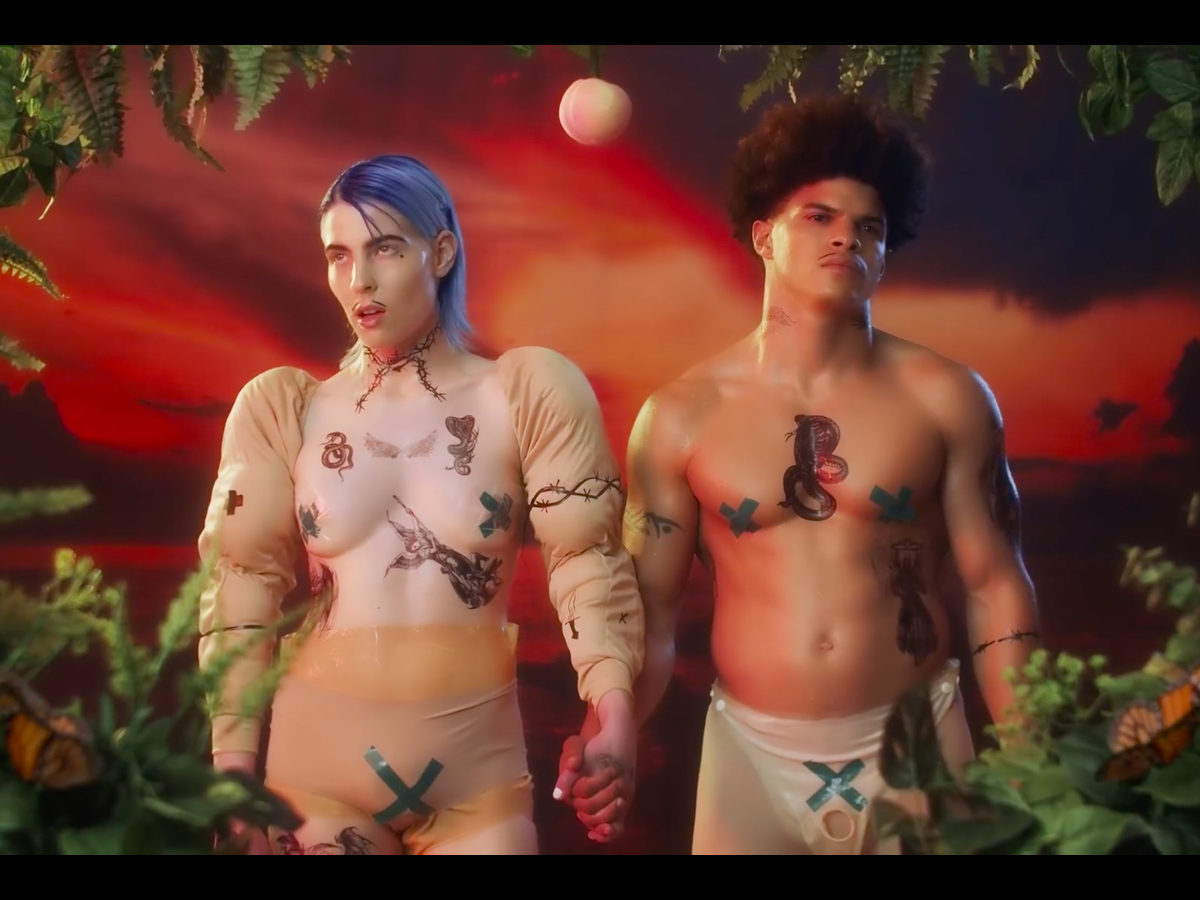 Dorian Electra first rose to fame in 2010, when they released their humorous take on Friedrich Hayek’s philosophy. Almost a decade later and all grown up, Electra is almost unrecognisable as the gender-fluid pop sensation that the world has come to love. What has not changed is Electra’s sharp and intelligent commentary on issues which are not often discussed in contemporary popular music, such as philosophical schools of thought or religion. “Adam & Steve”, which is the latest track from Dorian Electra to get a music video, rewrites the traditional gender-binary, heteronormative explanation for the start of the Human race (and of course replaces the emblematic apple by a juicy peach). The track comes from Electra’s amazing debut album “Flamboyant”, which was released in July.

The track references Christianity not only through its lyrics and music video. In between the massive beat drops, Electra delivers the bridge in a way that is arguably reminiscent of Gregorian chants. Proving that religion transcends beyond the walls of a cathedral, the video takes the viewer on a journey through various places of worship — whether the object of such is the divine, or art. In one poignant scene, a framed painting of Electra and the biblical Adam is attacked by the flash of camera phones — sadly, a common picture in most museums.

Whether channelling his inner Emily Rose in an exorcism scene or pole dancing with angels in heaven, Electra does not hold back. “Adam & Steve” is the anthem for anyone who does not feel like they fit into the traditional cis-heteronormative narrative: religious or not, their existence is not up for debate. Electra shows that gender identity should not be seen as a disqualifying factor in a person’s spiritual beliefs: “They want to destroy me, they will all enjoy it / say I’m an abomination, but I’m God’s creation”, they sing. The world would be a better place if everyone just listened to Electra – or maybe philosophy students would finally be seen as valuable employees.