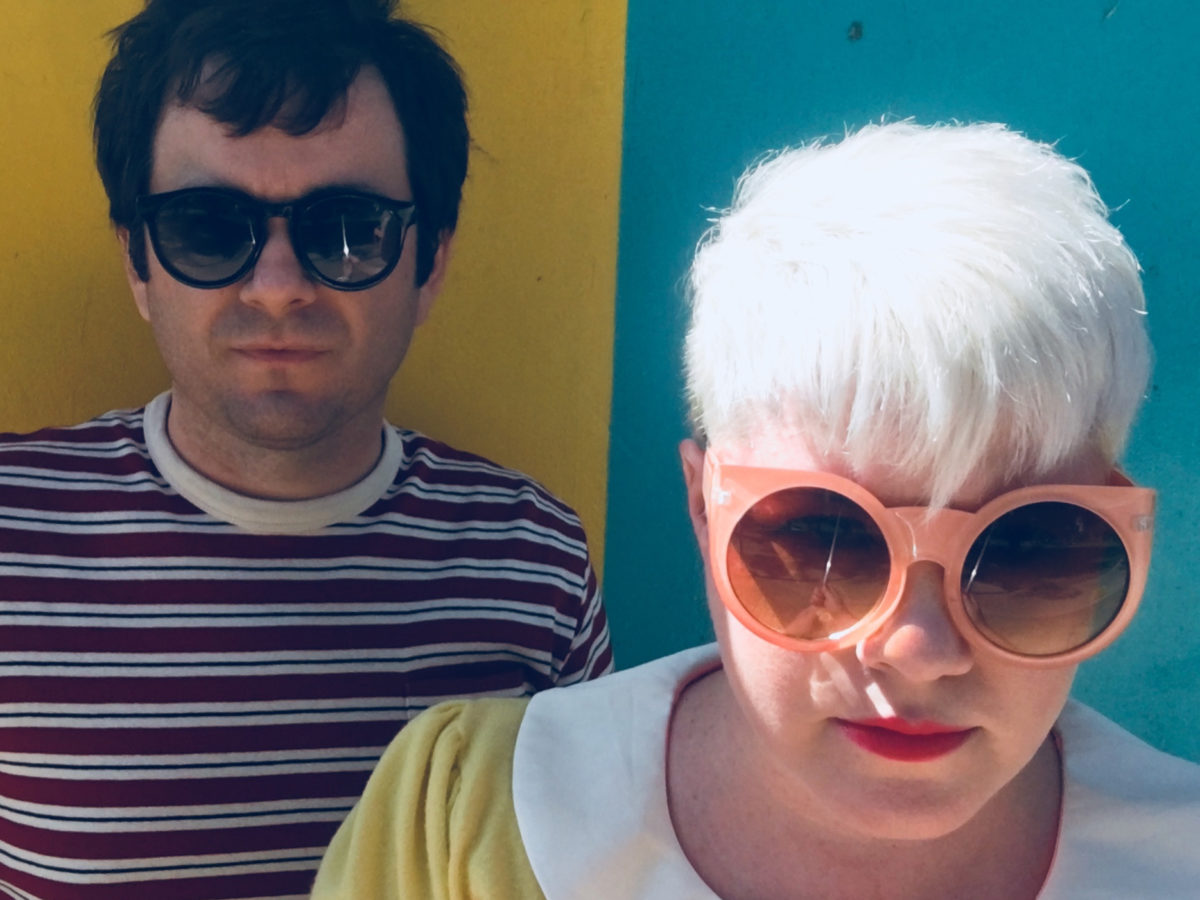 If you’re into 1980s alternative pop, there’s a good chance that you’ve sometimes wondered what a supergroup formed by the Cocteau Twins and New Order would sound like. The California-based duo Fawns of Love, comprised of Jenny and Joseph Andreotti, have certainly done so (in case you can’t tell they’re huge 80s diehards, check out the Kate Bush reference in their name), as their latest single “Mournful Eyes” proves. Placing the song’s rhythm section well at the fore, Fawns of Love perfectly channels Peter Hook‘s prominent basslines and Stephen Morris‘s frantic yet contained programmed drumming.

The twist is that you can pretty much ignore all of the above and think of “Mournful Eyes” simply as a dream pop song. For all its emphasis on the drums and the bassline, Fawns of Love‘s new single is delightfully ethereal in the spirit of the golden era of dream pop. There is no artifice here, just a genuinely well-constructed song. Jenny Andreotti‘s vocals merge beautifully with the instrumental track, forming an intricate matrix of sounds that are as fascinating as they are soothing. While it’s true that a big part of the song’s charm resides in its concoction of new wave and dream pop elements, it is Andreotti‘s aerial (Fawns of Love are not the only ones who get to play at making Kate Bush references) vocals that ultimately steal the spotlight.

About the accompanying psychedelic cartoon video that we premiere today, Joseph Andreotti detailed:

According to Jenny Andreotti in her Grimy Goods interview, ‘Mournful Eyes’ fits into the LP theme of ‘permanency’ or realizing that nothing really is. To help represent this theme we used the 1970s psychedelic film, ‘Life is Flashing (Before Your Eyes)’ by Vincent Collins to help illustrate this visually. Nothing is permanent in Collins’ films. Shapes and characters are constantly morphing and warping into new psychedelic shapes and colors throughout his film.