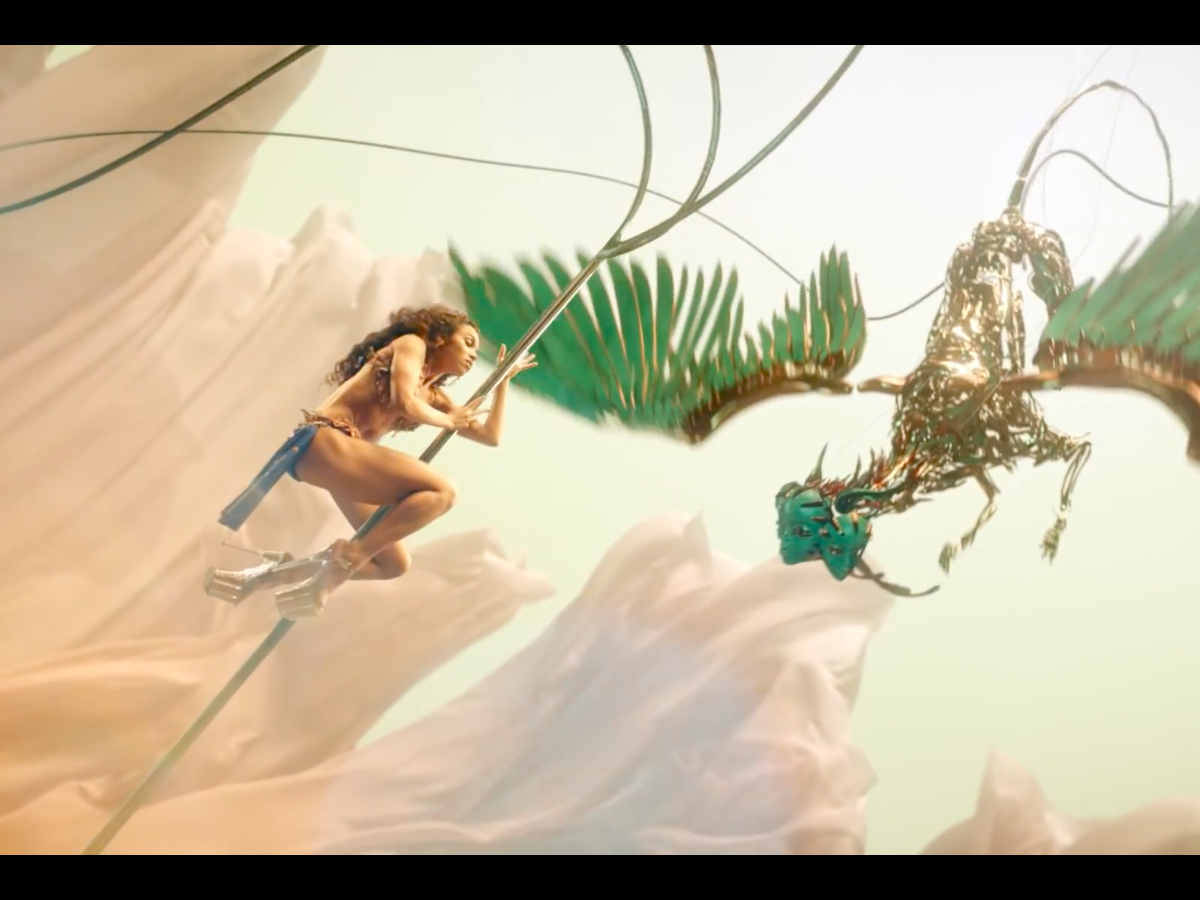 FKA Twigs‘ new single “Cellophane” is out on Young Turks.

Three long years after “Good To Love”, Tahliah Debrett Barnett aka FKA Twigs is back with an amazing new song and video. Titled “Cellophane,” the track acts as a “glimpse of what to expect from her second album” and was produced by Barnett herself, with assistance from Jeff Kleinman and Michael Uzowuru. Even if the wait was long, the multi-talented artist doesn’t disappoint with her poetic comeback single.

Enveloping like the material it refers to, her captivating, piano-driven electronic ballad comes with a breathtaking video directed by Andrew Thomas Huang, notably known for his collaborations with another visionary artist: Björk. In the visuals, FKA Twigs delivers an acrobatic pole dance performance in front of an alleged crowd and fights against a robotic mythological creature that obviously recalls the phoenix to mind. A few months ago, Barnett announced that she was suffering from fibroid tumors. After her surgery, she had to train a lot to come back in shape. Dealing with death and rebirth, her metaphorical video tells her story in the most striking way.

About the visuals, the artist tweeted:

when I wrote cellophane over a year ago a visual narrative came to me immediately, I knew I had to learn how to pole-dance to bring it to life, and so that’s what I did. thank you Andrew Thomas Huang for elevating my vision beyond words. you are a visionary.