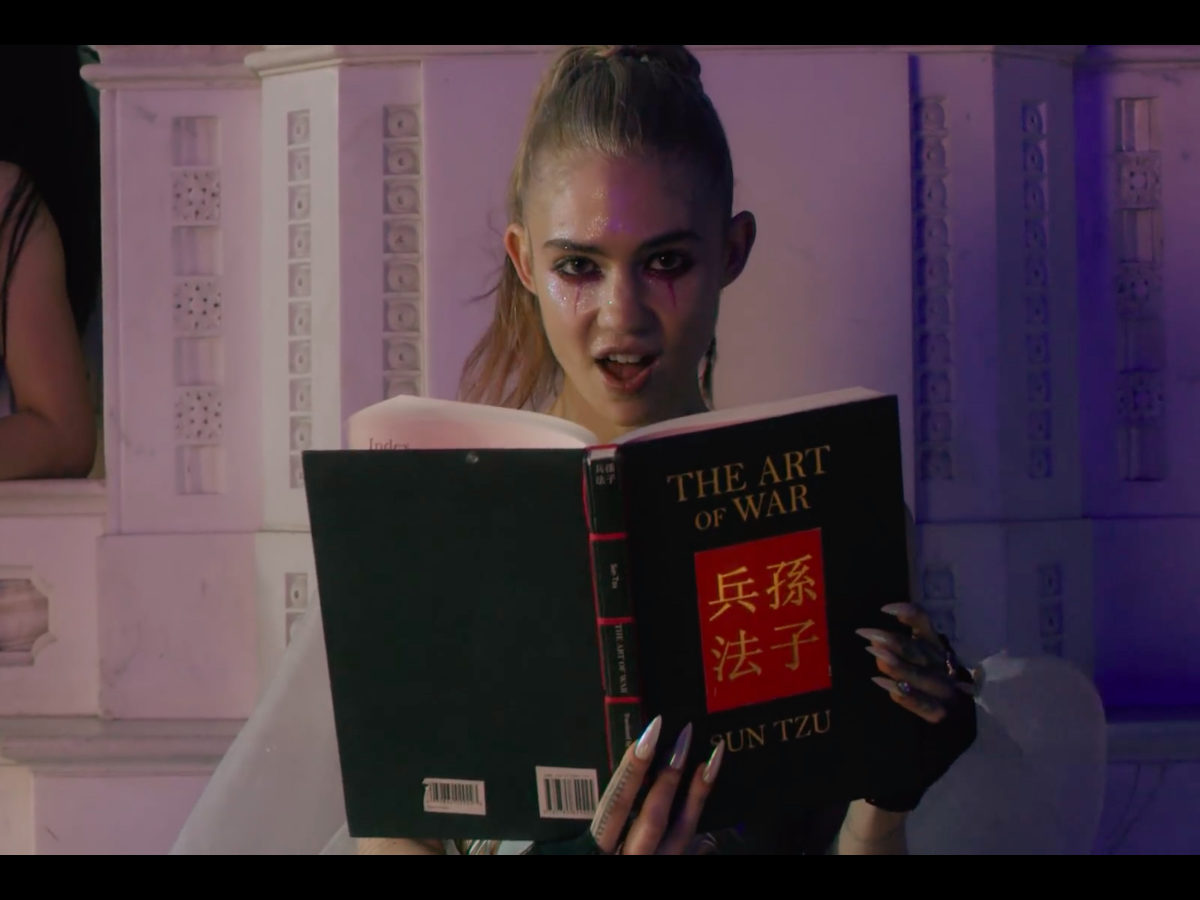 It looks like Grimes likes to drive us totally crazy. In between two comments about her hi-tech eye surgery, the Canadian artist recently dissed her excellent album Art Angels and shared some fake news about new music. Indeed, she was supposed to drop a new track next week, but it’s actually already here. We won’t complain about that though. Officially, we still don’t know if “We Appreciate Power” and this brand new track, “Violence”, are part of her upcoming album Miss_Anthropocene (but we guess they are).

A collaboration with i_o, “Violence” surprisingly sounds like a mix between Art Angels and Visions. Nothing really new, but we actually like to hear her back to these elusive and sky-high vocals. “Violence” also comes with a self-directed, mythology-inspired video in which she notably reads Sun Tzu‘s famous book The Art Of War. A metaphor to describe a stormy and toxic relationship, the track can also refer to humanity’s environmental challenges (as it is supposed to be the main theme of her new album). Watch below.

In a recent interview with Beats 1, Claire Boucher also announced that she was already working on her new album, which will sound techno-pop, and that she started to write a track with Charli XCX as well.