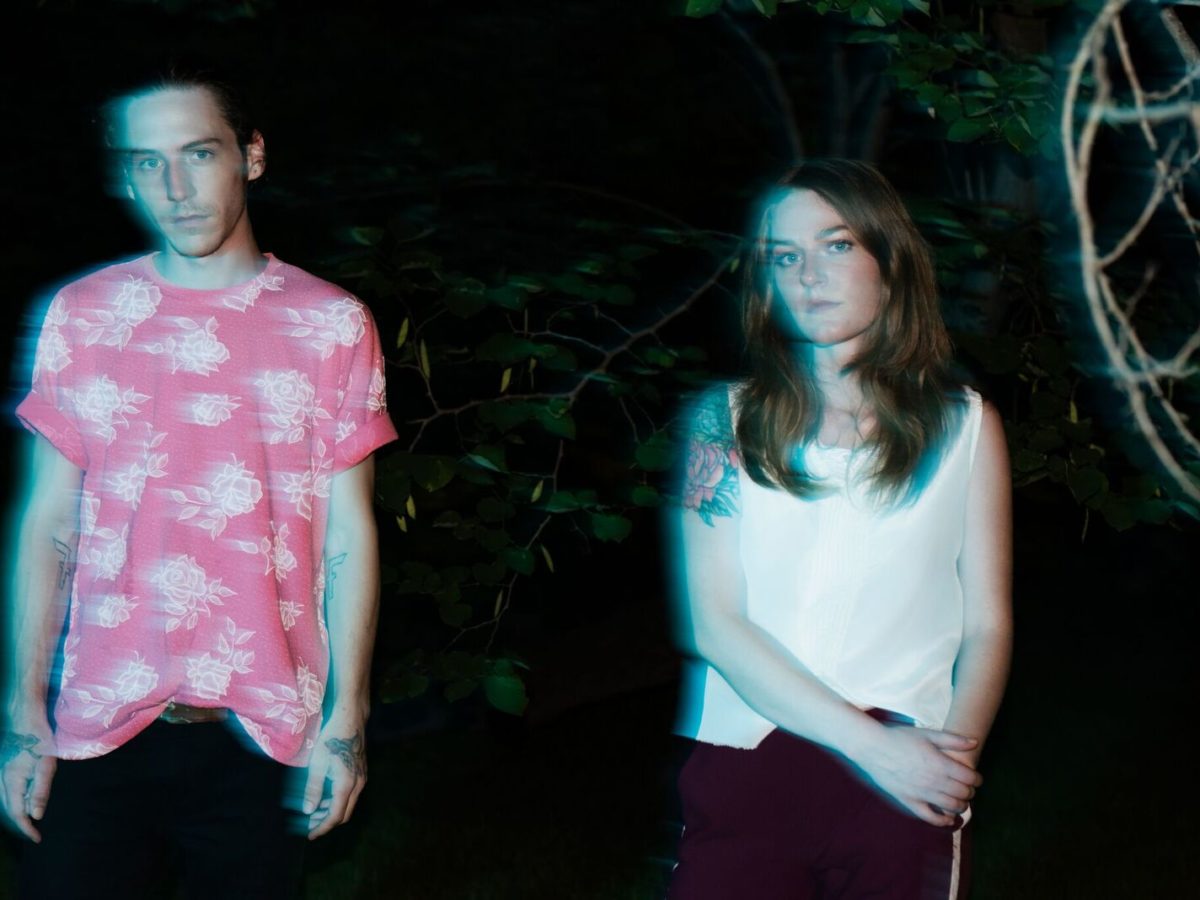 Glitchy dark-noise duo HXXS unveil their eerie second single “Last Days of Magic”, taken from their upcoming debut album Year of the Witch to be released on Captured Tracks.

After having some early recordings of an upcoming album stolen, it would be fair to assume that some artists would just give up. HXXS however, aren’t like the other bands. The Missouri-based, Oregon-raised duo consisting of Jeannie Colleene and Gavin Neves stand out in more ways than one.

Their specific brand of experimental dark-noise, that was already established on their EP MKDRONE, is continued on “Last Days of Magic”, the second single from their recreated stolen album Year of the Witch. Following this traumatic event, it’s unsurprising that the theme of the album is rebirth and the will to move forward.

“Last Days of Magic” has the creepy, unsettling edge of the film Hereditary, a sense of delicious terror that makes horror films so delightful to viewers. HXXS have captured that essence through the use of industrial noise, creating a swirling mass of organised chaos. From the off-kilter, punchy guitars, the fragmented spoken vocals to the persistent drumbeat that manages to both ground and disorientate the listener, the track is terrifyingly creative and original. Building to a closing section comprised of an electronic sounding shrill buzzing, it possesses a frantic urgency, one that’s cleverly heightened by the music video that goes with it.

The visuals see a dollhouse filled with various oddities: snakes slithering in a jolting manner, eyeballs floating in a bath filled with blood and self-raising ladders. As we are led around the residence in a purposeful yet disjointed manner, the song melds around the video, entwining itself in such a way that the two become almost part of the very fabric of the other. This is all polished off with a meta flourish, as we see figurines of Colleene and Neves in the attic, playing the track, whilst a human peers into the attic window. Watch below.

HXXS will be heading on tour next month. Catch them in NYC at The Sultan Room (Oct 18 with Ky Malone of TV on the Radio).