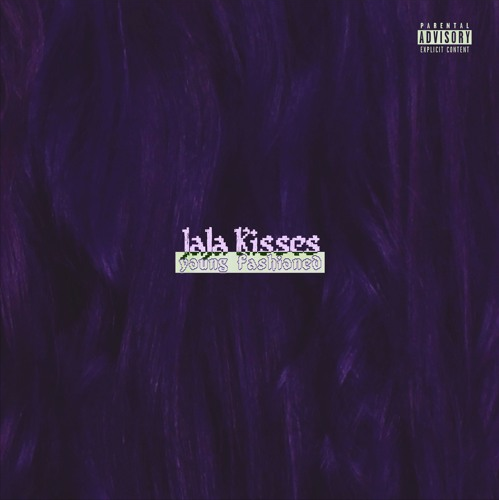 As shown in her videos, JaJa Kisses‘ music takes place in a bleak suburban London, which makes her streaked personality stand out even more.

The voice, as well as the arrangements, feel nonchalant, almost jaded, and endowed with a neat elegance, especially for a 23-year-old. A little bit like Anderson .Paak and Knxwledge collaborative project “Yes Lawd”, the songs of the EP, accurately titled “Young Fashioned”, are less fully-fledged pieces than emotion samples, each track delving into its own specific feeling. With the help of long-term collaborator Flowzart and collective Serøtønin, she delivers stories of love, sensuality, and soul-searching but above all, stories of a youth thriving through creation.

JaJa Kisses‘ “Young Fashioned EP” opens different roads through many genres and shows that the artist has what it takes to stand out from the crowd.

Although the major part of the “Young Fashioned EP” has already been issued over the year as singles, a few newcomers make their way into the whole; the first of them being “Feelings”, a voluptuous invitation in JaJa Kisses‘s feelings and body. The arpeggiated piano on top of an LFO bass is reminiscent of James Blake‘s breakthrough hit, “Life Round Here“, and carries the same feeling of suffocation and urgency, showing JaJa‘s ability to dissociate herself from her usual laid-back style.

The second track to catch my attention was “Girl In Need”, where the production and the background vocals, quieter than in the other songs, put her voice to the fore, revealing the clarity of her tone and her range of emotions. With a jazzier Lo-Fi sound, a sloppy drum rhythm reminding of Detroit hip-hop and ethereal keyboard, JaJa Kisses shows a more soulful part of herself, suggesting a parentage with Erykah Badu‘s composure.

While her work is not exactly experimental, it is original enough to stand out from the crowd, and the more risks she takes, the more fascinating she becomes. This rule reaches a peak with “Gold Bra”, a lofty slow jam which offers a soft crescendo levitating at the end with a weeping saxophone.

All in all, this “Young Fashioned EP” opens a few different roads, from R&B to trap, through progressive rock, and neo-soul. For now, it shows its limits with songs like “Wolfie”, which sounds too much like a Rihanna pastiche, and with a wobbly mix sometimes impeding the coherence of the whole. Still, by beckoning to her British upbringing and African-Caribbean roots, JaJa Kisses builds an intriguing character, able to get the best of both worlds. And she makes it seem as easy as sporting this purple-dyed mane of her…