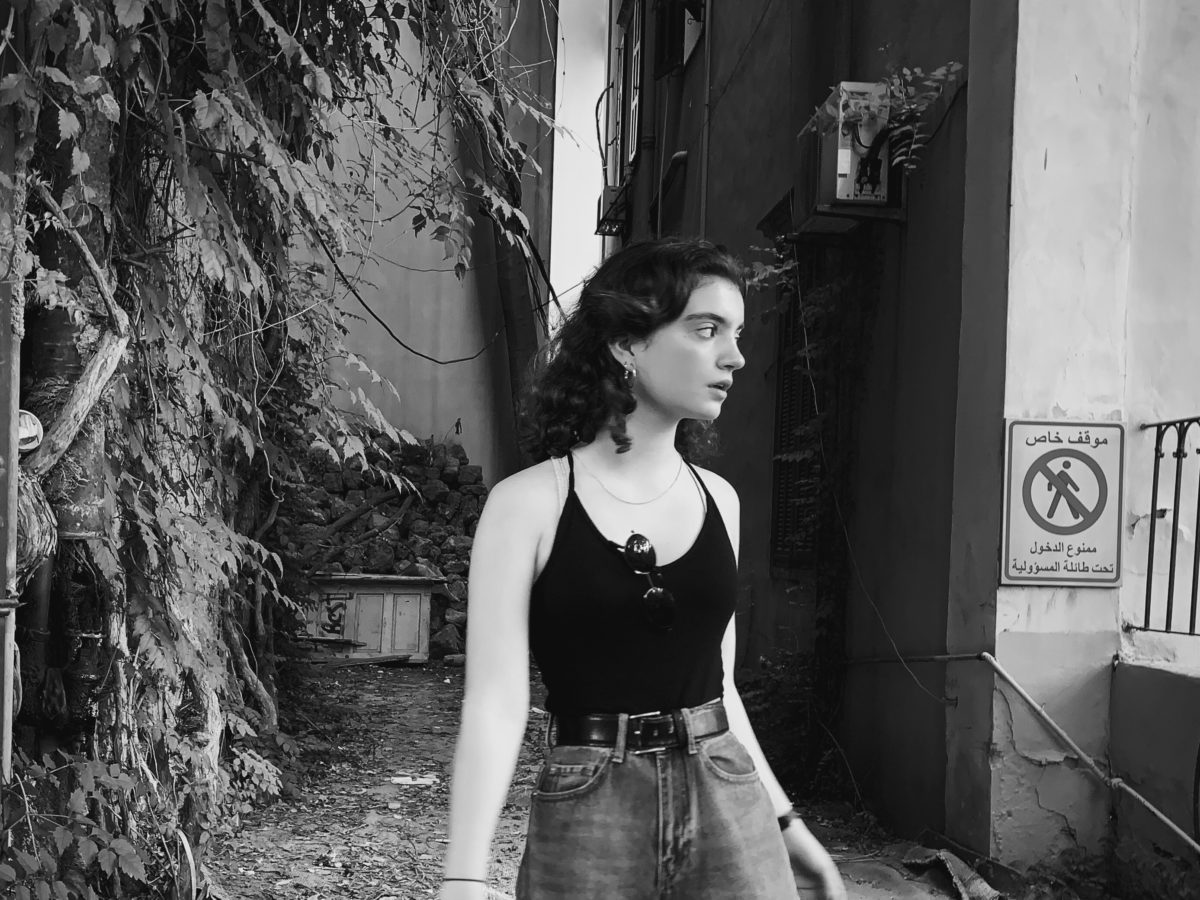 Laeticia Acra aka Japan, Man may be young, but she’s already managed to impress the HighClouds staff in 2019, releasing two hypnotic singles, “The Law” and “Stop Staring.” With “Easy Target”, the third release from her upcoming EP and the first taster of her music in 2020, she further solidifies herself as one to keep a close eye on.

Her third offering retains the funk-tinged elements that doused her previous tracks. “Easy Target” is a hazy, swirling song, that on the surface seems fairly jovial. However, much like her previous single “The Law”, Japan, Man once again hides a more introspective and sombre subject matter behind this buoyant beat.

Acra said of the song: “‘Easy Target’ is a song I wrote about your own mind turning on you and making you feel targeted by almost everything. It’s about self-consciousness overtaking common sense and assurance.”

Produced by her uncle, Julian Cassia, the track possesses hints of Walter TV or Travis Bretzer in the warped and off-kilter guitars that inflect the chorus, as well as echoing Frank Ocean with the wobbling, near video game sounding effects that shoot through the early verses and continue throughout the background of the soundscape. These elements create a lush and rich listening experience. The layered effects lend “Easy Target” a density that works well for repeat listening. Upon each listen, new sounds are subtly revealed.

As displayed previously, Japan, Man knows how to make a catchy hook. With the repetition of the lyrics “I’m an easy target” sandwiched right in the middle of the track, Acra regains the listeners’ attention in a snappy and timely fashion.