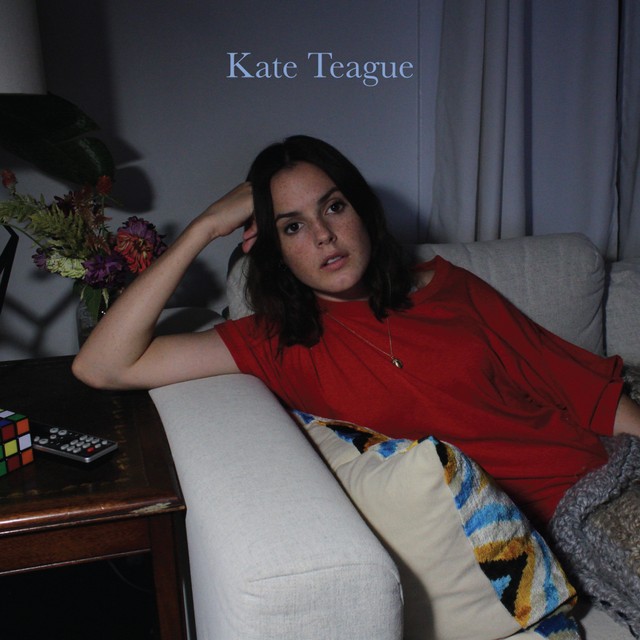 Kate Teague is set to dominate the airwaves. No, not just because she’s the executive producer of Thacker Mountain Radio Hour, the legendary radio show that boasts past guest spanning from author George Saunders to living legend Elvis Costello. The Mobile, Alabama native is one to watch as a musician in her own right. Teague‘s latest single, “Sweetheart,” proves that singer-songwriter is a rising talent.

Though Teague has been enrapturing artists since last year’s smashing success “Low Life,” her debut EP is set to be released by Muscle Beach Records later this month. Perhaps coincidentally, the name of her label coincides with the tone of “Sweetheart,” as the track marries Teague‘s natural Southern twang with hints of beach rock. When she croons, Teague imbibes the likes of Best Coast‘s frontwoman Bethany Cosentino. However, at 25, Teague has a maturity beyond her years, singing with a sense of certainty and swagger that seems almost retroistic. The slow, thoughtful pace of “Sweetheart” isn’t a sign of lethargy; moreso, Teague wants to make sure that she gets her message across.

And she certainly does have a message to send. “Sweetheart” is a narrative track that tells a familiar story: A man walks into a room and treats a woman (in this case, Kate Teague) with less respect than is due. Teague sings, “I watch your privilege walk in / It hurts worse than your words do.” She croons, “You tried to change my songs / So they don’t sound like theirs do.” With lyrics that recall Lori Lieberman’s “Killing Me Softly,” the song follows in the footsteps of classic and contemporary women. Later, she echoes Elle King‘s “America’s Sweetheart” as Teague quips in the chorus, “I can frown if I want to / Don’t call me sweetheart.” By combating misogyny, Teague joins a conglomerate of strong women who have used music as an outlet for their frustration.

Songs that challenge the attitudes of powerful men are often anthemic, show-stopping, end-all-be-all ballads. That said, the fodder for these tracks– the actual experiences through which men belittle women– are usually small moments: a correction that didn’t need to be issued, a hand that rests a bit far down the back, a short text message that seems a bit inappropriate. By creating a song that tackles this subject matter in a more casual fashion, Teague accurately portrays what it’s like to be on the receiving side of everyday sexism. “Sweetheart” is understated, powerful, and worth a listen. Check it out now.