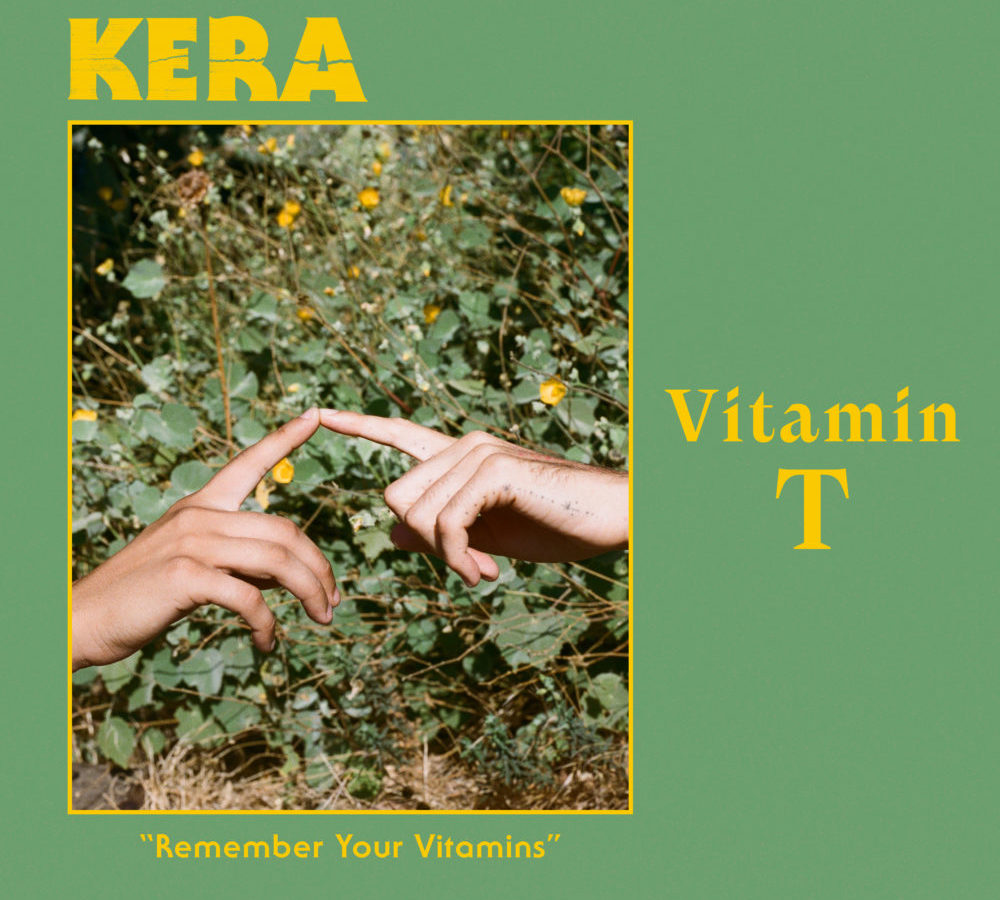 The self-described “bi-polar folk” artist KERA has released their second single this year: “Vitamin T”. Following on from “Bright Future Ahead”, their collaborative effort with Devendra Barnhart, for which all proceeds went to Trans Lifeline, “Vitamin T” takes a step further towards true acceptance by examining the relationships that you have and the people that you choose to surround yourself with.

Of the track, KERA stated:

‘Vitamin T’ is an exploration into connection and the importance of acknowledging and understanding the change in some relationships… In time I began to recognise there were reasons for these changes and now I’ve learned to view these experiences through a more compassionate lens.

“Vitamin T” itself has the muted sensibilities of classic surf bands such as The Beach Boys merged together with an underlying rockabilly edge in a way that makes for a heady mix. There’s even a classic Elvis Presley air present in the later more plodding stages of the song, felt in the transition to a slower, more waltzing time signature.

With their new track, KERA creates a masterclass in how to successfully mix tempos without the accompanying jarring effect. The aforementioned muted guitar has a deep-rooted connection to heartache and despondency in the innate Americana that it conjures up through its sound. It draws to mind images of desolate dive bars and sweltering summers but also the joy and excitement that comes from feeling truly ignited by another person.

Over the course of the track, we hear KERA pose some philosophical questions about the very purpose of our time on Earth in a beautiful and delicate way. It’s done deftly and in such a way that doesn’t feel filled with existential dread or intrusive. It rather sounds deeply humanistic and soulful in its delivery. Much of this softness does come from the tempo change at the two-minute mark, that beat fizzling motion into the waltzing time signature accompanied with the gradually slowing sliding guitars allows this shift to feel seamless.

“Vitamin T” works by essentially being an ode to people, those that fill our lives and enrich them with their presence. It encapsulates the true duality of life, managing to be sombre and introspective whilst opening itself up to universality with lines such as “This is what life’s worth living for, to find connections you can’t ignore/ Just know you can need me anytime.” This sentiment is the central take away from the song; accepting the reality that some friendships and relationships dissolve and others will occur, but you can still honour your past relationships as KERA said themself.

Kera is also the curator of our Queeropedia playlist this month. Read more about their picks there.