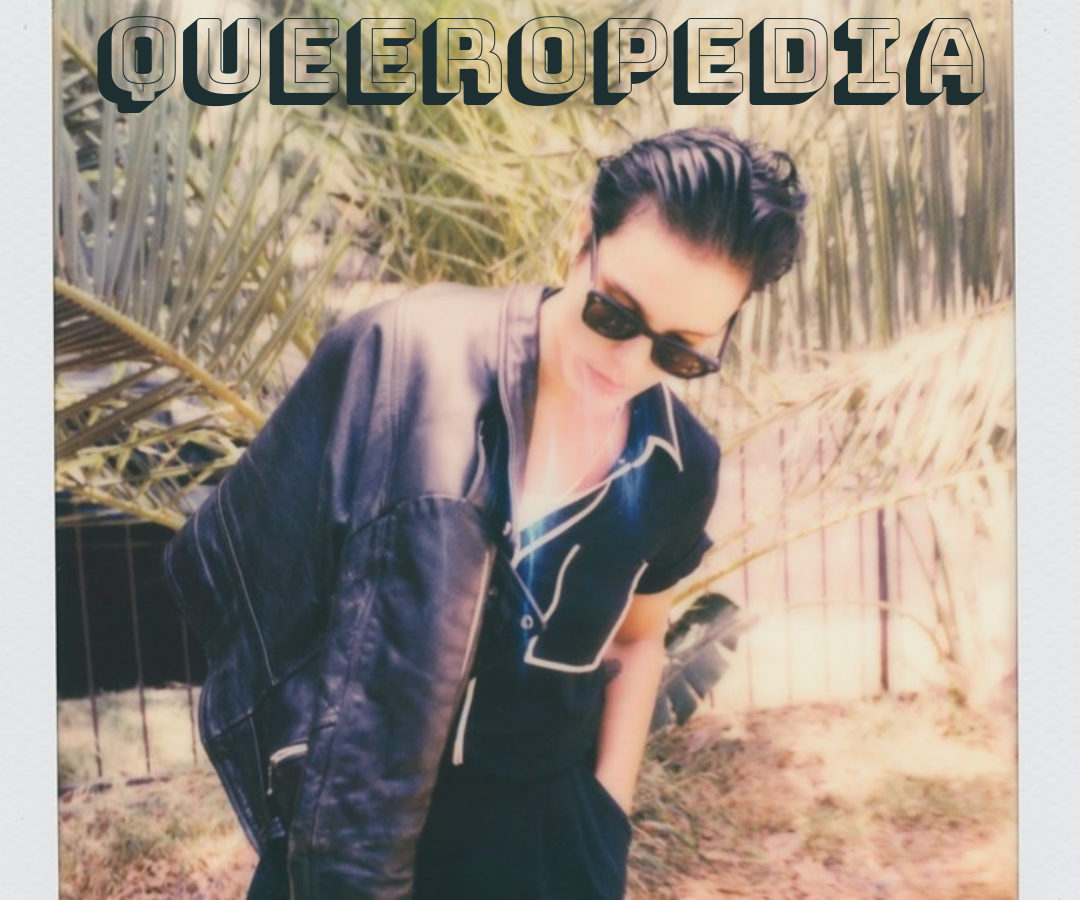 We love KERA’s unique, unapologetic brand of folk and their refusal to subscribe to any one label. In celebration of their new single, which drops mid-August, we let them take control of this month’s QUEEROPEDIA playlist.

Kera Armendariz’s musical evolution has been a thing of beauty. They broke onto the scene in Southern California in 2013 as Kera and the Lesbians with the single “Nailbiter”, a gritty, sultry track layered with sharp-edged horns, tambourines, and their unmistakable voice, which breaks with intensity in all the right places. A cleaned-up version of the track made the cut on their debut album a few years later. Check out the original version of “Nailbiter” below:

Kera and the Lesbians was an ironic moniker given that the band was composed of Kera, who is queer, and a rotating cast of cis men. (They also have the twitter handle @thelesbians, a fact that this queer writer will always be in awe and a little bit jealous of). The band put out their self-titled debut album in 2016, and it features the bluesy freak-folk tracks “November” and “Witch’s Tit”, one or both of which your ex-girlfriend probably put on a playlist for you around that time.

Since then, they’ve dropped “and the Lesbians” and begun releasing new music under their given name. As Kera, their work takes a softer, more melancholy approach without losing their signature vocal style and their penchant for foot-shuffling rhythms. 2018’s Fall.Apart. is a burst of languorous melodies, shakers, and fuzzed-out vocal effects that melt each track into a thick, syrupy-sweet delight. Lead single “I’m Late” features LA indie-folk band The Wild Reeds, who provide their signature harmonies for an added touch of depth.

Their latest track, “Bright Future Ahead“, is a laid-back, shimmering track drenched in reverb and chorus effects. It features backing vocals by freak-folk icon Devendra Banhart, whose voice adds another layer of depth and intrigue to an already gorgeous track. Armendariz donated all profits for the track to Trans Lifeline, a crisis hotline created by and for trans people, and by June they raised over $700 USD for the cause.

They’ve got another new single dropping August 16, and we at HighClouds are very excited, to say the least. In the meantime, we’re honored to present you with a QUEEROPEDIA playlist curated by KERA. About this selection, they stated:

I made this playlist because growing up I experienced feeling a lot of shame of my identity and found it hard to connect with many of the up and coming artists at the time. I didn’t see myself represented in their work, but now I find it refreshing to see more representation of the LGBTQ community in the music industry. I hope you find a connection in some of these songs, and continue to uplift underrepresented artists.